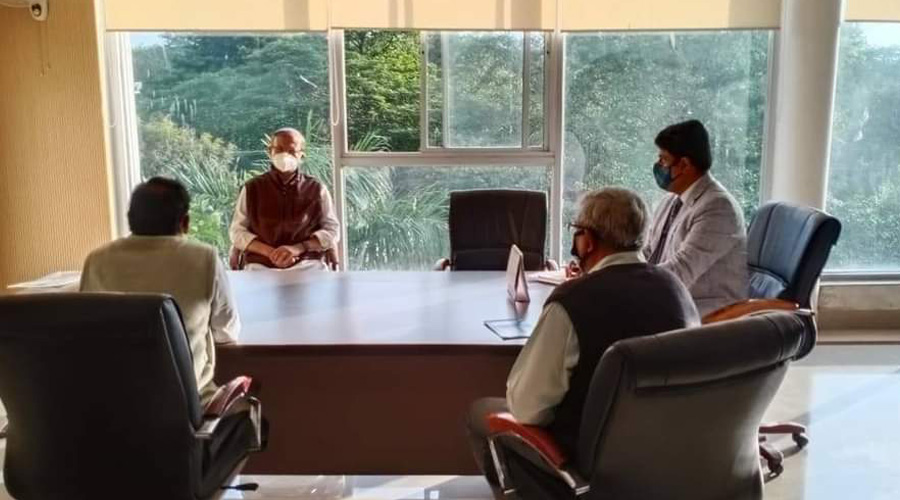 Identifying a 50-acre plot situated between Hazaribagh Medical College and Vinoba Bhave University, he said the land was best suited for it as it was currently lying unused.

Sinha said after formation of Jharkhand, Hazaribagh got developed as an educational hub with large numbers of students from different cities coming here to pursue various degrees, postgraduates and professional courses available here.

Sinha said the 50-acre plot is best for this purpose as it is situated between two big institutions namely Vinoba Bhave University and Hazaribagh Medical College. Sinha stated if the state government will work on his suggestion, this will be the first of its kind project anywhere in Jharkhand. Moreover, it will also become an example as well as a role model for other states as well, he added.

Sinha said in 2019 general elections, he promised to develop Hazaribagh into a knowledge city and so now he has started taking steps in this regard. “I met the university senior officials a few days ago and discussed with them on this proposal. Discussions with them were very positive,” he said.  Hazaribagh already became an education hub and so it’s time to work on this project, he added.