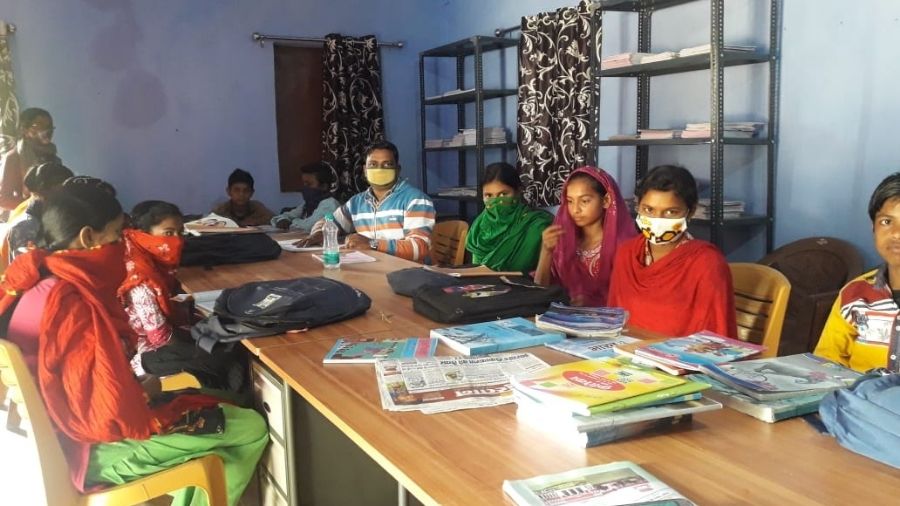 The state government has been opening public libraries in villages of Jamtara district, which has won infamy for being the cybercrime capital of India, in an attempt to motivate the youth to take up studies, district authorities said on Saturday.

Young boys and girls of the district, who fell prey to the lure of easy money and turned cyber fraud, will now read the best of books free of cost at the public libraries and help Jamtara drop the tag of being a district that has bred several notorious cyber frauds, officials said.

“The government has started public libraries in Lalchandih, Mahtodih and Karmatand blocks of Jamtara. Some of the libraries have been set up at panchayat bhawans in order to provide easy access to books to the youth of the district,” said Jamtara deputy commissioner Faiz Ahmed Mumtaz.

Public libraries have started operating in at least 33 of 118 panchayats in the district, and the government aims to build at least one library in each of the 118 panchayats in Jamtara, officials said. The libraries already offer books like the Discovery of India, Indian Economy and India After Gandhi.

“By reading books, children will not only enhance their knowledge, but also develop the urge to contribute to society and work for their country,” the deputy commissioner said.

Besides preventing youths from joining gangs of cyber criminals, the libraries are also expected to help children prepare for their class 10 and class 12 board exams this year, he added.

Jamtara is home to several gangs of “Panchvi Fail” cybercriminals, who have duped several rich and educated people living in metros, say police. Around 200kms north of Ranchi, Jamtara is said to be the Indian equivalent of the Romanian town of Râmnicu Vâlcea, dubbed Scamville, which is the global capital for cyber criminals. Last year, Netflix released a web series on the cyber criminals of Jamtara and named it ‘Jamtara – Sabka Number Ayega’.

According to police, cyber criminals in Jamtara are most dependent on phishing, a procedure in which cyber frauds disguised as trustworthy representatives of banks and finance companies over phone calls, extract  personal details of their target.

Teenagers in the district often learn phishing and minor cyber frauds from their older counterparts and this trend has gradually led to Jamtara becoming a hotbed of cybercrime, say local sources. Cyber crime gangs have also spread their reach to the neighbouring districts of Deoghar, Dumka, Giridih and Dhanbad, as per records with the state police.