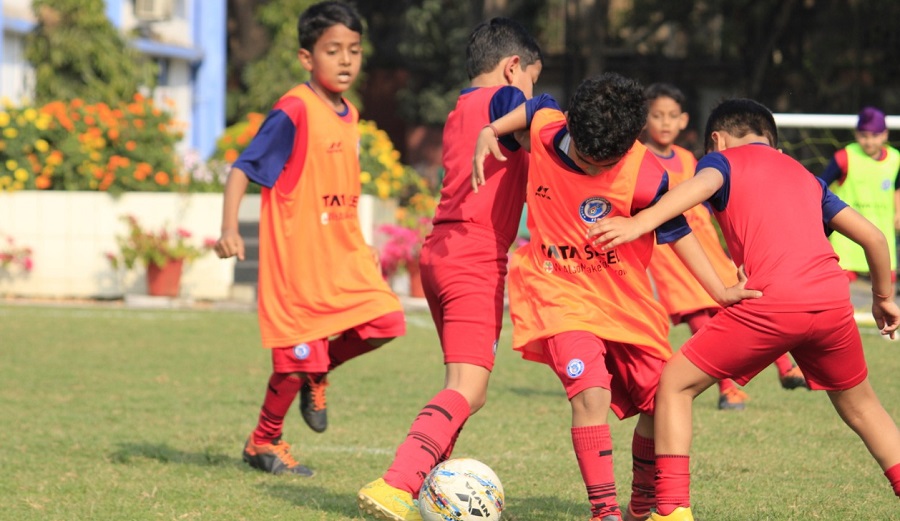 Budding footballers of Jharkhand now have a chance to showcase their talent at the Golden Baby League, a unique event of All India Football Federation (AIFF).

The league, to be organised by Jharkhand Football Association (JFA) under AIFF’s banner, will be conducted in Jamshedpur, Ranchi, Dhanbad, Bokaro. Khunti could also be a venue but a decision is awaited.

JFA  secretary Ghulam Rabbani said the event for boys and girls will be played from under-6 to under-12 age groups.  Teams from each group will be playing over 30 matches .

“The dates will be finalised once the Covid-19 situation improves. We are anxious to organise the matches,” he added.

Speaking to The Telegraph Online over phone from Giridih, Rabbani said the Golden Baby League is an AIFF programme aimed at pepping up football at school level. “Some states like Maharashtra and Northeast already have grassroot development programmes. We also have the structure in Jharkhand but the Golden Baby League is a different programme which will be held under AIFF’s supervision and guidance,” he added.

According to him, Jamshedpur, Ranchi, Dhanbad and Bokaro have adequate infrastructure and matches can be conducted at these cities without much hassles.

The JFA has already started the spadework to efficiently conducted the tournament. Rabbani had chaired a meeting last month to discuss the event and related logistics. AIFF’s consultant Deepak John Nayak, who was present at the meeting via video-conferce, explained the format through a virtual presentation.

Matches for the under-6, under-7 and under-8 age group will be spread over 24 minutes while match duration for under-9 and under-10 age section will be of 40 minutes .

Participants in the under-11 and under-12 age group will play matches of 50 minute duration. A maximum of 3 matches will be conducted daily. The tournament will go on for nearly four months and matches will be played in the mixed (boys and girls) format .

There will no goalkeepers in the matches for under-6,under-7, under-8  categories while it will be optional for the under-9 and under-10 age section. Goalkeepers will be a part in the under-11 and under-12 age group, a JFA office bearer said.

A team from the state football outfit will be visiting the four earmarked venues to discuss preparations with their district counterparts. The onus of conducting matches will be on the affiliated districts of the JFA.

“It is essential to discuss the tournament with our district affiliates who will be responsible for conducting the matches. We have plans to visit the four venues next month. We want the event to be conduct efficiently," the officer bearer added.

JFA will also spot talent from the Golden Baby League and work out training modules for them on regular basis.

Tata Football Academy in Jamshedpur has a development programme for the under-12 boys. It also runs 15 football feeder centres across Kolhan.

Jamshedpur FC is also developing an ecosystem for football  through its grassroot programmes. The club has started the programme in steel city schools where children are being trained by experienced coaches. Football festival and tournaments are also organised by the Tata Steel-owned club.