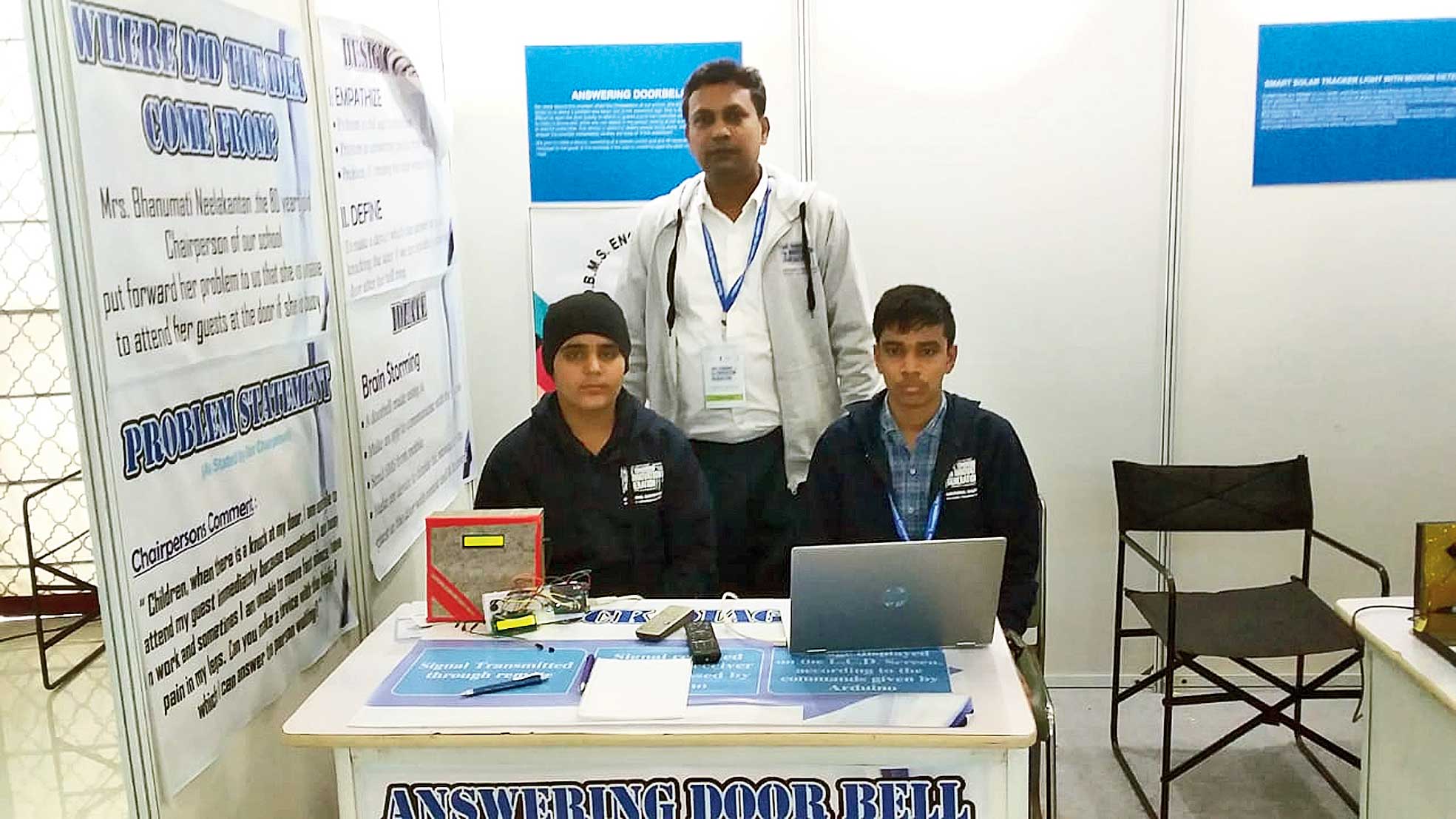 Innovative thinking and technological creativity can transform bookish ideas into life hacks. Students of DBMS English School in Kadma have shown how.

Ideas showcased by the students of the CISCE-affiliated cradle at national fairs and science competitions have bagged prizes and earned plaudits thanks to the Atal Tinkering Lab set up in 2017 to promote creativity and critical application.

Two students of the CISCE-affiliated school — Kaustav Malik and Aniket Sarkar — have won a district-level science competition as a part of The INSPIRE Award - MANAK (Million Minds Augmenting National Aspiration and Knowledge), the results of which were announced on December 16. INSPIRE is a national level government programme that identifies aptitude of students in science and encourages them to take up a career in research.

Kaustav, a student of Class IX, has developed an anti-theft mechanism for bikes that centres round a fingerprint sensor.

Instead of keys, the ignition switch of the bike will have a fingerprint sensor that will only unlock when the owner starts it.

Class X student Aniket Sarkar has developed a plant communication sensor that can detect the needs of the plant in terms of moisture and sunshine. The system will have an indicator that will let farmers and gardeners know what the crops and plants exactly need.

The duo have received a cash prize of Rs 10,000 each and will use the money to develop a prototype of their ideas.

“Bike theft is a common thing. So I thought this system of installing fingerprint sensor would help us. I want to develop this idea further so that it can be monetised,” Kaustav, who along with Aniket will participate in the state-level INSPIRE competition on January 15, said.

Five more teams from this school had also showcased their ideas at the IRIS National Science Fair in New Delhi on December 3 and 4.

The students of DBMS English School had submitted their ideas after the three-day Make Tomorrow for Innovation Generation Camp by Intel on the campus in November.

The winning ideas were doorbells designed specially for the elderly to give messages to the people at the door; temperature optimisers that can operate the cooling system in rooms; under sink pH monitor that can measure the alkalinity of the RO purifier waster water for use in gardens; land mine detector and a 3D cloning machine.

Mentor and teacher Hirak Biswas said with the Atal Tinkering Labs, students had started to move out of their classrooms and spend more time on research and innovation.

“We had 14 ideas of which five were chosen. This explains our students’ interest making lives simpler through innovation. In fact, the doorbell answering machine was conceptualised because of our school chairperson Bhanumathi Neelakantan who complained of not being able to answer the door at once due to old age. So the students came up with this bell that can ask the concerned person to wait for sometime,” Biswas said.