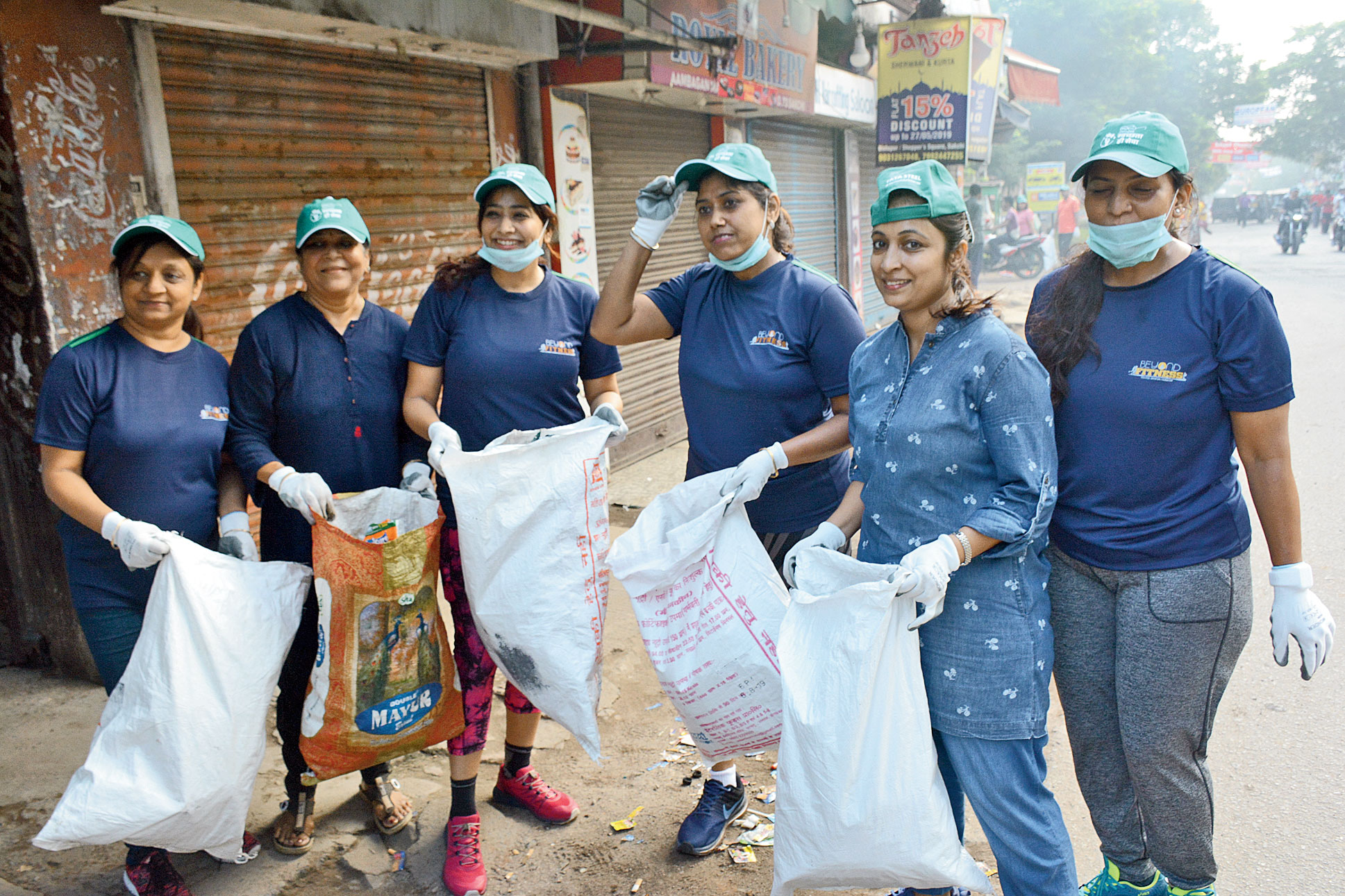 A series of activities based on the principles of Mahatma Gandhi were carried out on Gandhi Jayanti to mark the 150th birth anniversary of the Father of the Nation on Wednesday.

The day started with the plogging event as part of the Union sports ministry’s Fit India Plogging Run, where more than 200 people got together at Aambagan Ground in Sakchi and jogged for 2km to pick up mounds of plastic waste.

“A very nice morning activity where you jog with your friends and pick up plastic from the streets. It was awesome. Cleanliness and exercise at the same time. We hope more such activities take place in future,” said Kadma-based businessman Amit Agarwal.

The joggers were given sacks and gloves to collect the litter. Kendriya Vidyalaya-Tatanagar near Tatanagar railway station also organised a cleanliness drive with its staff, teachers and students in the nearby areas of the school.

A Sadbhavna Rally was also organised by a city-based real estate group in which around 1,000 people participated. The rally started from Sakchi roundabout and culminated near JRD Tata Sports Complex.

Jamshedpur-based social outfit People for Change organised an awareness rally on organ donation. The 2-km rally supported by Rotaract Clubs of the city started from CH Area and culminated at the same place after covering Northern Town and parts of Straight Mile Road.

Recently, the founder of People for Change, Souvik Saha, underwent a liver transplant in New Delhi which motivated members of the social outfit to raise more awareness on organ donation.