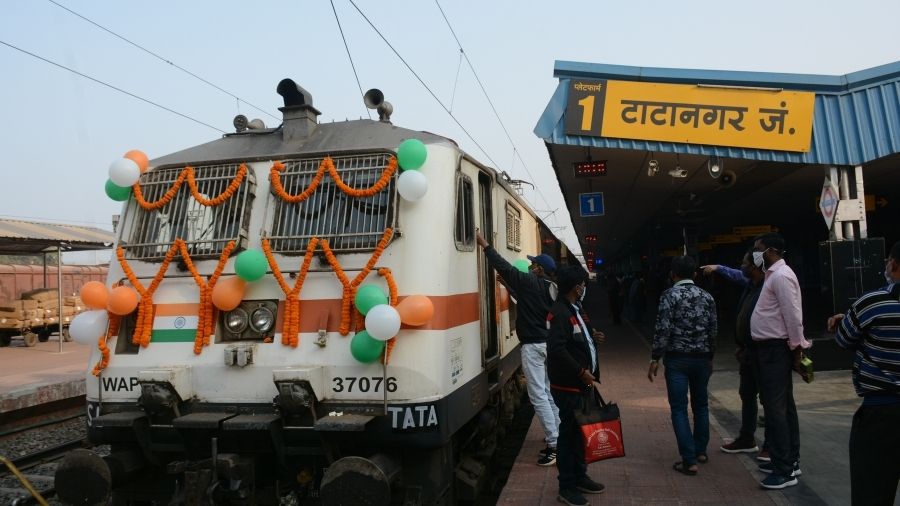 Jamshedpur MP Bidyut Baran Mahto on Wednesday unveiled the Tatanagar- Ernakulam bi-weekly special train, among a host of other facilities at the A-1 category Tatanagar Railway Station.

The train will kick off its first journey from Thursday from Jamshedpur and on January 31 from Ernakulam, benefitting passengers travelling south.

"The train will immensely benefit students and patients who travel to the south for availing  treatment for various ailments,” said Mahto, thanking the Railways for introducing the train.

The 08189 Tatanagar- Ernakulam Special will leave Tatanagar every Thursday and Sunday at 5.15 am will arrive at Ernakulam at 2.25 am on Saturday and Tuesday respectively.

The MP first inaugurated the renovated car parking area outside the Tatanagar railway station. After renovation the parking area will now  be able to accomodate more number of cars.

Moreover, dividers have been constructed within the parking area which will facilitate easy entry and exit of cars.

The shed will protect passengers during summer and rain.

The MP also inaugurated a new loading facility at the station area.