The first tie is scheduled against Chennaiyin FC on October 27 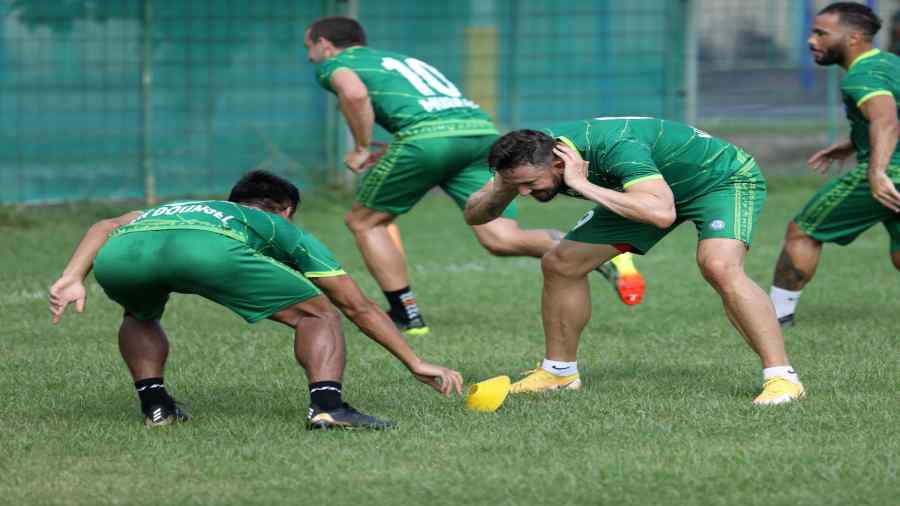 Jamshedpur FC will be playing 5 pre-season friendlies against Indian Super League (ISL) clubs in the run-up to the cash-rich tournament in Goa.

Jamshedpur open their ISL campaign versus SC East  after the pre-season friendlies against Bengal on November 21. The tournament kick-starts on November 19.

The Men of Steel started their pre-season at Don Bosco High School ground in Panjim on October 10 after an 8-day mandatory quarantine. Training is underway in the right ernest under head coach Owen Coyle.

The Scotland-born Coyle wants the players to find themselves in good rhythm, fitness and camaraderie before they begin their ISL journey.

"It's important to play friendlies before pre-season as it sets a rhythm for the players and they know where they stand in  various aspects of their game. It's good to have competitive minutes under their belt and it also gives us a chance to try and test new combinations. We are playing some good teams and I am sure the boys are looking forward to it," said Coyle.

Jamshedpur FC, who finished 6th in the last ISL season with 27 points, have never made it to the playoffs since making their ISL debut in the 2017-18 season. The club is desperate to come up with an improved show this time and try and qualify for the playoffs.

"We have a nice combination of Indian and foreign players and the club is very optimistic of making it to the playoffs this time. The players have mixed with each other before the tournament gets underway. The training is being conducted amid camaraderie and fun. We are hopeful that this would reflect on the team's performance," a team management member said from Goa.