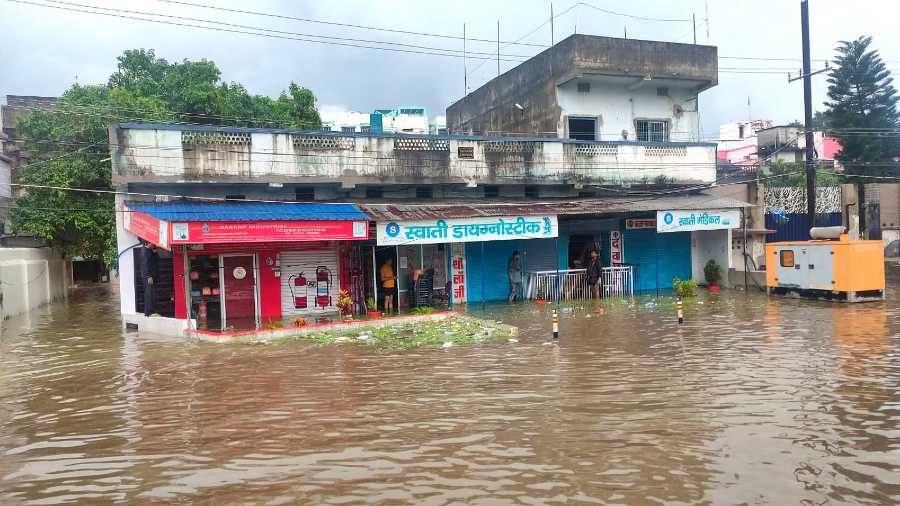 Incessant rains caused due to Cyclone Gulab threw life in out of gear in Dhanbad and several parts of Santhal Pargana, including, Deoghar, Dumka, Godda, Jamtara, Pakur and Sahibgang as several incident of house collapse; inundation in different residential colonies of Dhanbad and Deoghar; coal production disruption due to water entering into the mines at Dhanbad took place.

One incident of subsidence in Rajput Basti, one of most subsidence prone zones of underground fire affected area around five km from Dhanbad also took place this morning during which a woman narrowly escaped getting buried alive in a crater developed in the incident.

Meanwhile in Jharia more than a dozen muddy houses collapsed due to rains at Shamsher Nagar and Upperkulhi locality of Dhanbad and affected persons were rescued by local social workers.

A PDS shop of one Baijnath Ram situated at his home also collapsed in Gadiwan Patti locality of Jharia due to which food grain stock was also spoiled.

Rain also led to the collapse of several houses in different parts of Nirsa and particularly in Mugma area as the house of one Kalipado Kumbhkar collapsed today in Pithakiyari Panchayat about 35 km from Dhanbad district headquarters.

Meanwhile rain water also entered Keshalpur colliery in area IV of BCCL this morning but as entry has been banned in BCCL underground collieries since yesterday no loss of life took of injury to anyone took place in the incident although the rescue team of BCCL reached at site to supervise the intensive dewatering work.

Dhanbad recorded more than 280 mm of rains since yesterday out of which 62 mm of rain was recovered from 4 am to September 29 to 6 Pm while 220 mm or rain took place between 6 pm of yesterday to 11.30 am to this morning.

Normal traffic resumed on the line after the completion of repair work of OHE at around 7.55 am this morning.