As many as 45 country-made pistols, 112 magazines, 35 live cartridges, parts of guns and chemicals were recovered 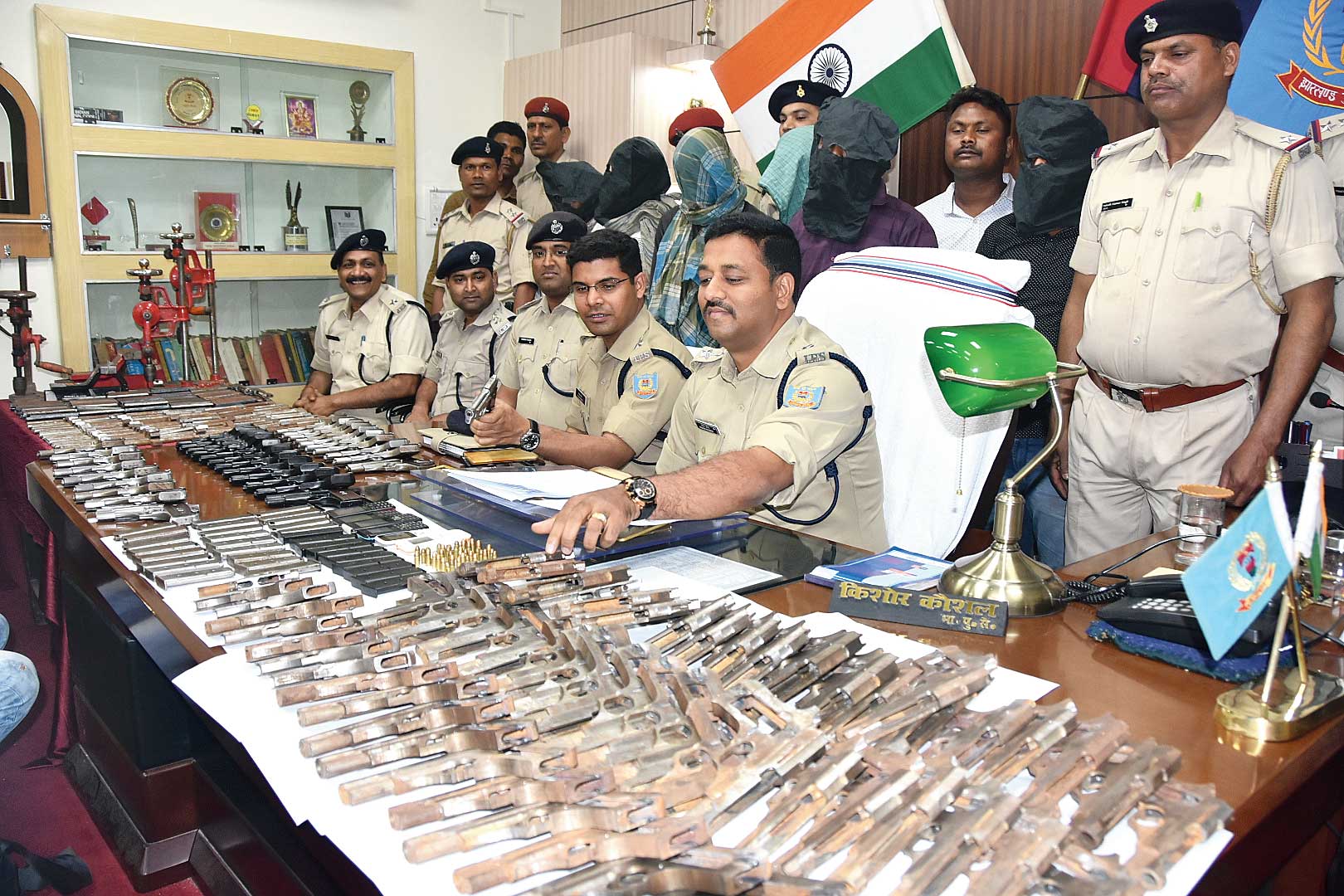 Acting on a tip-off, police late on Saturday raided two illegal gun-making units in Niche Kulhi locality in Jharia, only 9km from district headquarters, to recover a big haul of weapons, and arrested owner Md Shabir, 40, and five others found on the spot.

As many as 45 country-made pistols, 112 magazines, 35 live cartridges, parts of guns, machinery and chemicals were recovered in the raid that started at 9.30pm on Saturday and lasted till 2am on Sunday, Dhanbad SSP Kishore Kaushal, who led his team, told this paper.

The SSP added that in view of the upcoming Lok Sabha elections, they would investigate if the arms manufacturers had links with the upcoming polls.

The raids were dramatic as keeping the surprise factor alive was the key to the success of the operation on risky terrain, a policeman in the know divulged.

“Policemen in civilian clothes posing as customers first reached Shabir’s house and demanded a pistol. Shabir was nabbed red-handed when he delivered the pistol. More policemen in civilian clothes raided the first unit 100 metres from the house where arms were recovered. Then they came to know about another unit in the vicinity of the first one. Again, large numbers of arms and machines were seized,” the source told this paper on Sunday.

Talking to the media, Dhanbad SSP Kaushal expressed his satisfaction with the success of the operation but said many angles had to be probed thoroughly.

Investigation was on regarding its supply chain and whether the arms makers had any links with the upcoming elections, the SSP stressed.

It is not yet established how old these units are. But people in the vicinity had been uneasy about the locked gates, it has been learnt.

In India, the state-owned Ordnance Factory Board makes most of the country’s weapons. Legal private ventures are big names making weapons in sync with the country’s defence indigenisation programme.