The machine, called V-60, had been developed at high speed machining centre of IIT(ISM) after 4 years of research 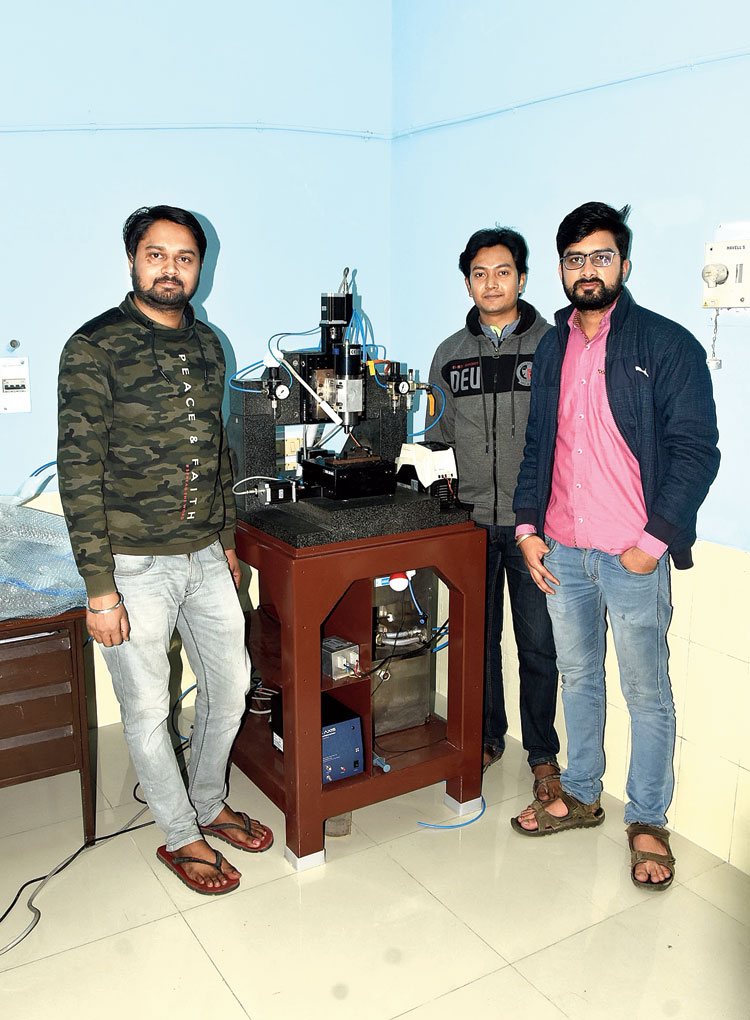 A five-member team from the mechanical engineering department of IIT(ISM) has developed a micro-tool manufacturing device that can not only work with greater precision and higher speed, but also costs much cheaper than its imported variants.

The team led by Ashok Bajpai, assistant professor of the mechanical engineering department, claimed the devise could rotate 60,000 times per minute, much higher than the available Indian varieties with a speed of 10,000 rotation per minute (rpm).

Bajpai said the machine, called V-60, had been developed at high speed machining centre of IIT(ISM) after four years of research.

“The machine, developed by four research scholars, can work without vibration and can therefore be used with greater precision for micro/macro milling, micro drilling and micro turning. This leads to the development of friction-free micro and nano tools that have greater longevity. All other existing Indian devices start vibrating after reaching a speed of over 10,000 rpm,” Bajpai said.

Micro tools are small precision tools that are used to repair camera, electronics, jewellery and watch and sometimes in parts used in spacecraft.

“The device developed by us can also cut hardest metals such as nickel and titanium etc,” Bajpai said, adding that the machine is priced at Rs 70 lakh, much cheaper than those imported from the US, which cost a whopping Rs 3.5 crore.

He said the objective behind developing the device was to reduce the dependence on imports.

“We have presented three different papers on the device during the World Conference on Micro and Nano Manufacturing held at North Carolina during September last year. It got a lot of appreciation from the participants,” Bajpai said.

The four research scholars who worked on the device were Arnab Das, Shashank Shukla, Ankit Jain and Mohan Kumar.

“An article on the device was also published in the US journal Surface and Coating Technology last year,” Bajpai said, adding that a topic on micro milling and drilling technology based on their research has also been included in the MTech (mechanical engineering) syllabus of IIT(ISM) from the current session.