The foreign students, however, can continue to stay with restricted mobility till further orders 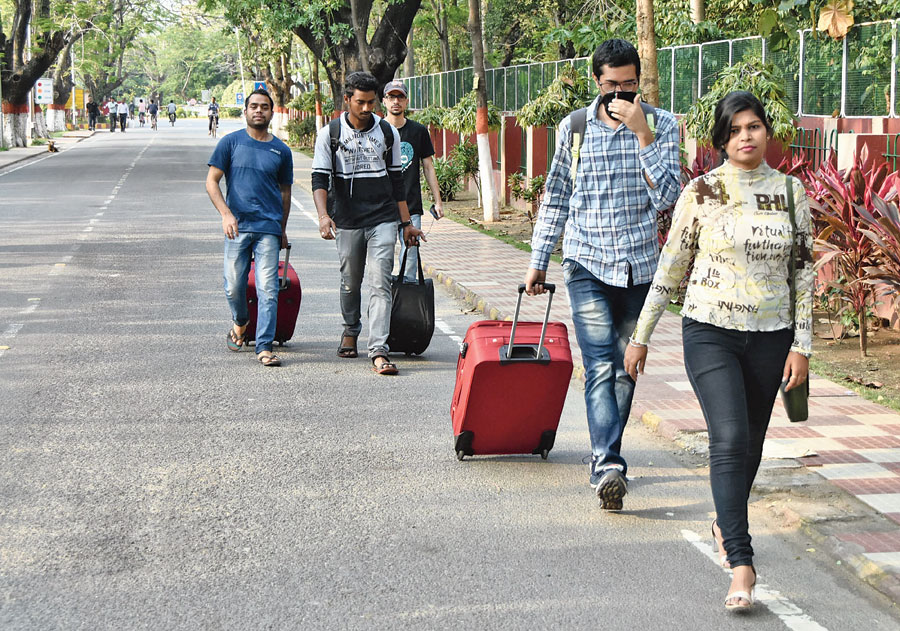 Premier technical institute IIT(ISM) on Monday instructed all Indian students to vacate their hostels latest by March 18 midnight in view of the novel coronavirus pandemic.

Through an order issued on Monday, institute director Rajiv Shekhar directed Indian students to submit the hostel-leaving form and informed that the mess facility in hostels would be suspended from March 19. The reading room of the central library will also be out of bounds from Tuesday.

The foreign students, however, can continue to stay with restricted mobility till further orders. “They (foreign students) will have to refrain themselves from moving out of the institute and follow the advisory,” the five-point order said.

The scholarships and stipends will be continued during the period of absence, the order stated.

Ashish Bhadkariya, a first year student of MTech (electrical engineering), said: “I was staying at the hostel after the mid-semester exams to concentrate on studies. Now after the latest order, I will move out tomorrow (Tuesday) and go to my native place in Gwalior through Chambal Express scheduled to leave Dhanbad at 10.22pm.”

Ankit Singh, first-year MTech (electronics and communication engineering) student, said he had he would be leaving for Ranchi on Tuesday to catch a 4.45pm flight to Thane, Maharashtra.

“I had decided to stay back at the hostel during the mid-semester break from March 7-15 as going back to Thane and returning after a long train journey would have been difficult. But now I have no choice.”

The National Institute of Technology (NIT) in Adityapur has suspended all classes, laboratory work and exams besides asking its students to vacate hostels that would remain closed till further order. All official events, seminars, workshops, sports and cultural activities have been postponed till further orders. Only PhD and second-year PG students engaged in research work have been allowed to stay on the campus.

XLRI Jamshedpur on Monday decided to wind up its academic session early in view of the coronavirus outbreak.

While the premier B-school asked students of its flagship programmes to join classes from June, the management development programme has been suspended till May.