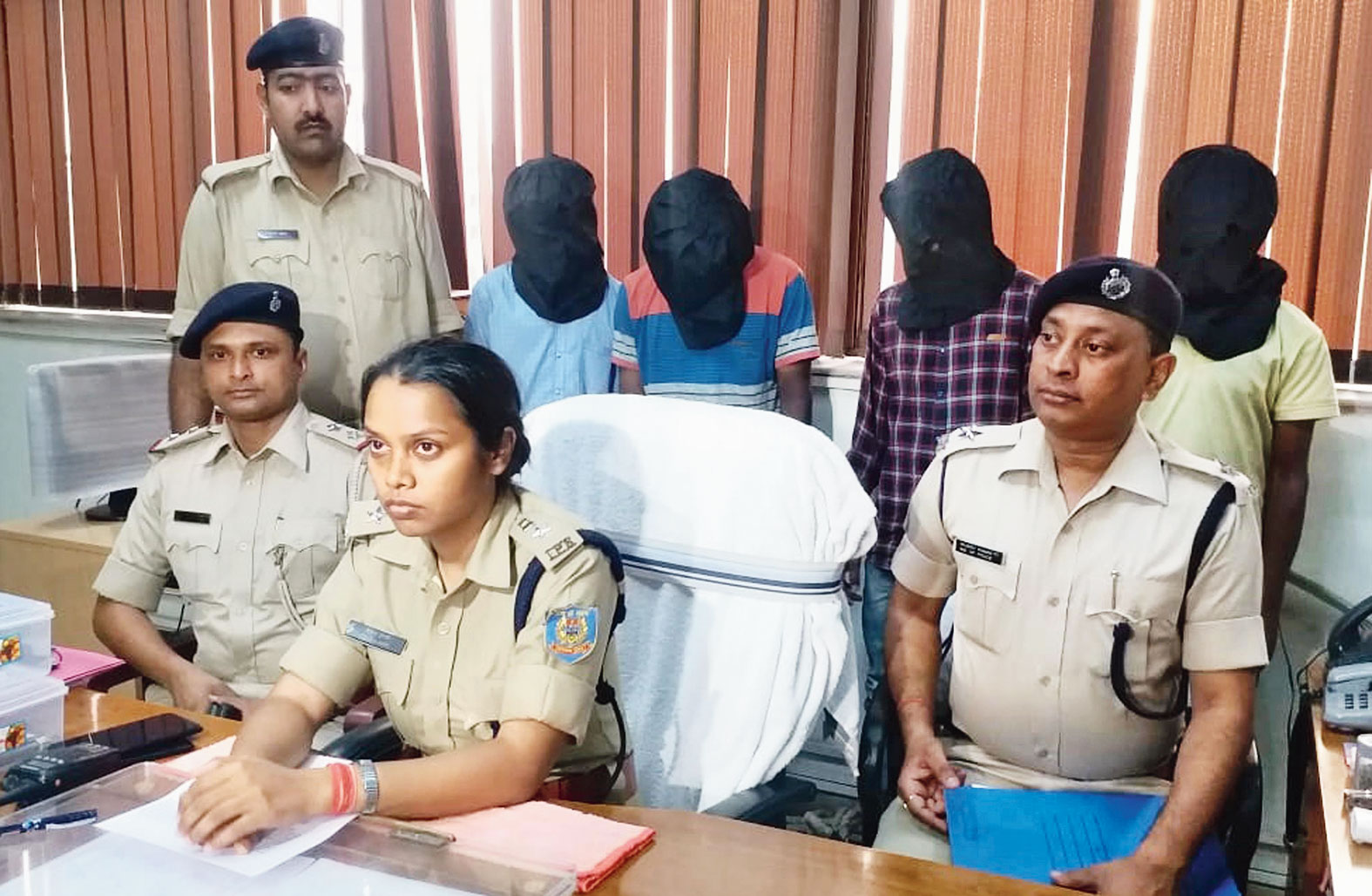 Four persons were arrested on Saturday in connection with the murder of a 25-year-old woman Sonmani Ekka whose bullet-riddled body was recovered by Ranchi police near Hatia dam gate under Dhurwa police station on the morning of April 30.

“We have also seized the pistol that was used in the crime. Sandeep had fired the bullet. Raju, who was the second husband of Sonmani, said he had planned his wife’s murder because she had illicit relationships with multiple people. All four have been forwarded to Birsa Munda Central Jail. The seized weapon will be sent to the forensic laboratory for tests,” a Ranchi police officer said.

“We have recovered Sonmani’s mobile phone from their possession,” the SP said.

A Ranchi police officer said Raj and Sandeep had taken Sonmani near the dam on the pretext of morning walk and shot her dead on April 30.

Police recovered her body with a bullet wound on her left temple on May 1.

“During investigation, we found that the mobile phones of Raju and Sandeep were active at the crime site,” the official said.

Raju and Sonmani, who got married barely a few months back, were residents of Patratoli. Sonmani used to work as a housekeeping staff at Judicial Academy. Swansi is a labourer by profession.