Huge cache of premium liquor seized in village near Ranchi 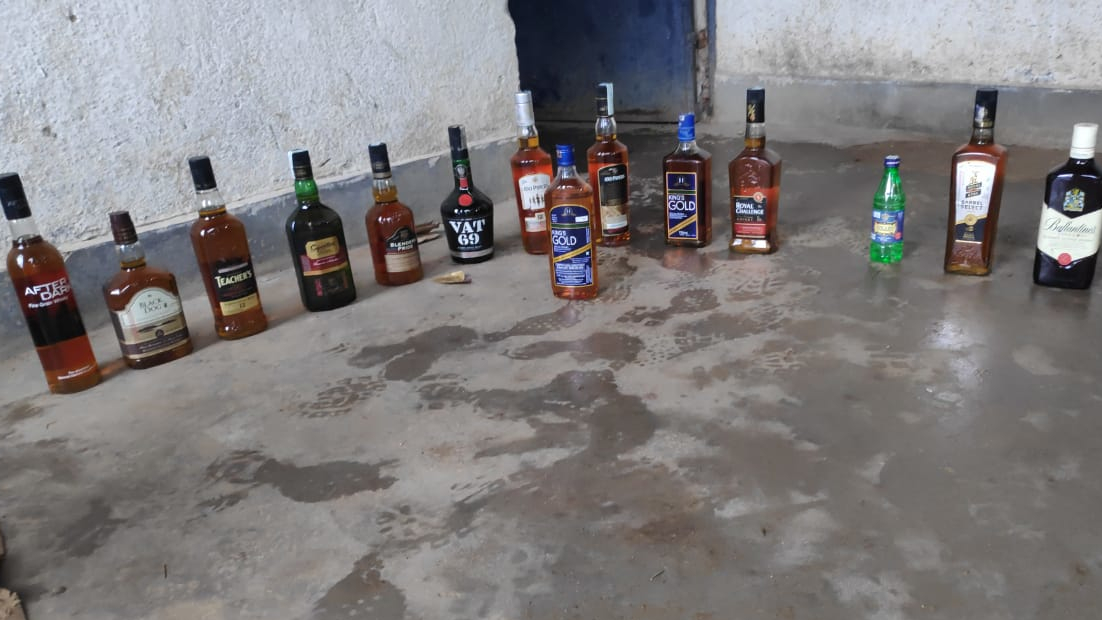 Ranchi police on Thursday seized a huge cache of India made foreign liquor (IMFL), which peddlers were planning to smuggle to neighbouring Bihar, a state where manufacture, sale and consumption of liquor is prohibited.

A team from Pithoria police station seized the consignment from an abandoned building in Oena village, around 30 km from here, in the wee hours of Thursday and nabbed four peddlers, who confessed to smuggling liquor to Bihar, police said.

“We are still calculating the quantity of liquor. It comprised bottles of premium and expensive brands, which would have been smuggled to Bihar for sale in the black market,” said Ranchi SSP S.K. Jha.

Tests were on to determine whether the liquor in the bottles was genuine, mixed with local brands or illicit.

But Jha said the catch was crucial as it would lead police to people who were involved in bottling liquor in Ranchi and other parts of Jharkhand. “We have to understand the gravity of the matter. Illicit liquor poses major health risks to consumers,” he said.

OC of Pithoria police station Vinod Ram, who led the raiding team, said that nearly 1,000 bottles of liquor were stocked in the building. “Some of it was meant for local consumers. But a major chunk would have been sent to Bihar had we not raided the place,” he said.

Earlier on Tuesday, a team from Pundag police station seized at least 2,100 bottles of liquor from three cars, which were Bihar-bound. Police have seized more than 3,000 bottles of Bihar-bound liquor this week.

An inter-state nexus of liquor peddlers became active in Jharkhand soon after Bihar imposed a complete prohibition in November 2015, police said. Since at least 10 districts of Jharkhand share their borders with Bihar, and some areas are connected through waterways, gangs involved in selling liquor chose to run their illegal businesses in Jharkhand, a senior police official said.

Sale of illicit liquor gained pace in Jharkhand even during the first phase of the lockdown when liquor shops were shut, police said. Police teams nabbed several bootleggers in April and May, sources said.