Budding talents from 32 outfits to display prowess on artificial  turf 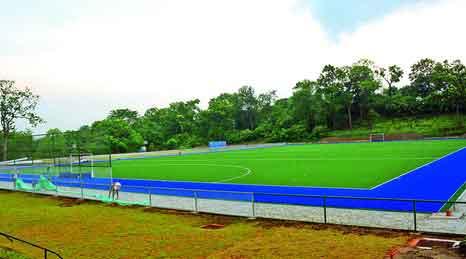 Budding talents from different cradles will be seen in action at the 2nd Hockey India Junior Men Academy Championship to be played in the steel city from April 20 to May 1. The event is scheduled at Naval Tata Hockey Academy near Telco township of the city. With the Covid-19  related situation vastly improved, big events are getting back to the sports city of Jamshedpur.

Inaugurated in March 2018, The Naval Tata Hockey Academy (NTHA) has been set up through a joint collaboration between Tata Steel, Tata Trusts and Indian Steel & Wire Products (ISWP), a subsidiary of Tata Steel, with a vision to professionalize grassroots hockey in the talent-rich tribal belts of Jharkhand and Odisha.

Netherlands-based Bovelander Hockey Academy led by legendary drag-flicker Floris Jan Bovelander, former Olympian and assistant coach of the Dutch national team, has been engaged to develop the training curriculum for delivering high-performance coaching. A three-tier structure has been set-up starting with a grassroots programme for 10 to 12 years age group followed by training at the District Level Regional Development Centres (RDCs) and finally getting selected into the academy at an age of 14 years to 17 years.

The first batch of 28 boys was selected from the villages of Simdega, Khunti and West Singhbhum districts. They have undergone a year-long programme of rigorous training provided by Dutch coaches and Indian hockey legend Sandeep Singh. Presently, NTHA Jamshedpur has 32 boy cadets.

Over the past 4 years, NTHA has successfully resulted in 17 players representing their respective states at various national level tournaments. The academy aims to become a “Centre of Excellence” for hockey by creating a professional environment that enables young players to achieve their full potential. Players emerging from the cradle are free to pursue the game at the highest levels - playing for the country as well as clubs around the world.