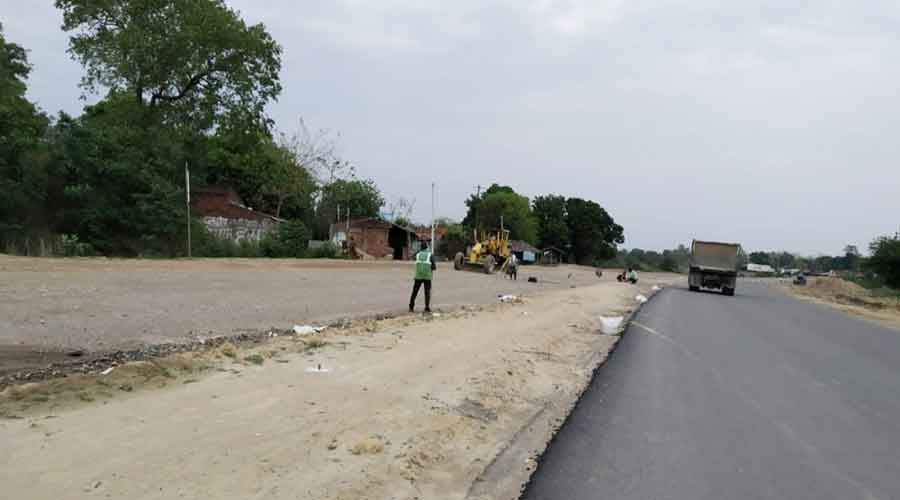 The National Highway Authority of India on Wednesday applied for forest clearance for a railway overbridge near Chandil station while expediting the NH-33 widening project along Jamshedpur.

Apart from seeking forest clearance for the overbridge near Chandil railway station, the NHAI has started preparing a detailed project report (DPR) for a 5.5 km-long flyover along the steel city.

The NHAI’s Jamshedpur project implementation unit (PIU) manager, Col. Ajay Kapoor said that the NH-33 widening project near Jamshedpur was delayed due to the Covid-19 pandemic, but now they are going to put the project in motion.

"To expedite the NH-33 widening project we on Wednesday applied for forest clearance from the Dalma wildlife sanctuary that is situated close to the Dalma hills. The forest clearance is meant for an overbridge to be set up by the NHAI near Chandil railway station," said Col Kapoor to The Telegraph Online.

He, however, stressed on the flyover which will be a part of the NH widening project.

"The flyover for which a DPR is being made will be set up from the point of Pardih Kali Temple to Baliguma - a stretch of 5.5 kms along the steel city. After the DPR is prepared, we will seek forest clearance separately for it, " the PIU manager pointed out.

Elaborating on the proposed flyover, College Kapoor said that it is meant for the vehicles coming from the Ranchi end towards Calcutta whereas the existing stretch of the NH-33 along the city will be used as a service road for the steel city.

The senior NHAI officer, when asked, said they would put the widening work in the existing stretch of the NH along the city on the fast track so that construction work may be completed in three months at most.

"We are aware of the NHAI's project near Dalma hill which is also a wildlife sanctuary. As of now, we have received a petition for forest clearance for an overbridge near Chandil railway station. We will forward it to the state forest department with necessary comments soon, " said the DFO to The Telegraph Online.