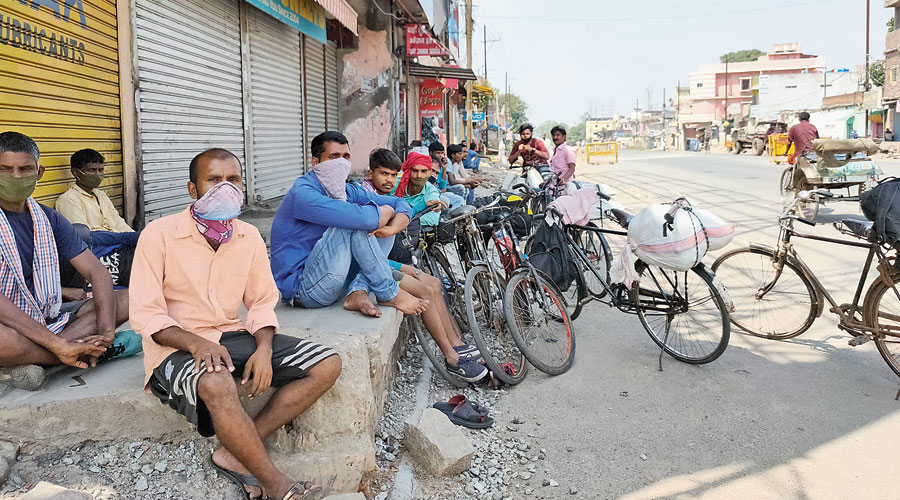 Jharkhand will witness the launch of a 100-day employment scheme for urban unskilled workers along the lines of MGNREGA in the form of Mukhyamantri SHRAMIK (Shahri Rojgar Manjuri for Kamgar) Yojana at Project Bhavan in Ranchi on Friday.

The move is aimed at increasing the livelihood security of over 4 lakh urban poor residing under the jurisdiction of over 40 urban local bodies across 24 districts of the state.

Like MGNREGA, the scheme will also have a provision for unemployment allowance if any urban local body fails to provide work to job seekers within 15 days of registration.

A worker will be entitled to one-fourth of the wage for the first 30 days of unemployment and half the wage in the second month. If the worker does not get a job for the third month, he will be entitled to an amount equal to the the basic minimum wage, officials in the state urban development department informed.

Like labourers in MGNREGA, urban workers will be registered and provided job cards. A special website has been also been designed for purpose.

Tribal students at a state-owned school near Jamshedpur.
Picture by Bhola Prasad

The scheme will be implemented by the urban development and housing department through the state urban livelihood mission.

“It was the idea of our chief minister (who also holds the urban development portfolio) to address the livelihood issues of migrant workers who came back during the pandemic. So far, MGNREGA was addressing the issues of workers in rural areas,” Choubey added.

The chief minister is also scheduled to announce a full scholarship scheme for tribal, backward and minority students to help them pursue higher studies in reputed institutions during Independence Day function in Ranchi on August 15.

“It will be meant for meritorious students hailing from the poor tribal, minority  and backward communities. The concept note is being finalised and the project would be announced by the chief minister tentatively on August 15,” state welfare minister Champai Soren said.

According to sources in the welfare ministry, over 25 meritorious students selected by reputed overseas higher educational institutions can avail the benefit of these scholarship schemes provided they serve Jharkhand for a minimum of three years after completing the course.