During the launch of the scheme on November 15, he had announced that a monthly pension of Rs 1,000 would cover all eligible beneficiaries by creating an open window 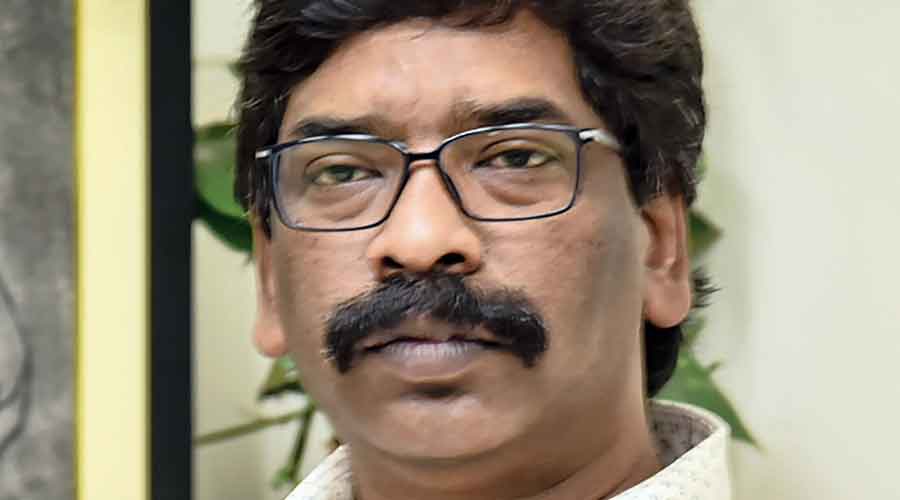 During the launch of the scheme on November 15, Hemant had announced that a monthly pension of Rs 1,000 would cover all eligible beneficiaries by creating an open window. The implementation, it was claimed, would be simple as it would do away with the documentation process.

A state information public relation department communique had said that a revolving fund of Rs 100 crore had been allocated for the scheme under which every citizen above 60 years of age, widows and destitute women above 18 years of age, single women above 45 years, disabled citizens above five years and anyone suffering from AIDS, except income taxpayers and those working or retired from the public sector and government unit, were eligible to benefit from the scheme.

However, a resolution issued by the state women, child development and social security department on November 18 to the deputy commissioners of the 24 districts of Jharkhand clearly states that all the districts have to fix a target for beneficiaries in each block and zone as per budgetary provisions. All subordinate officials in rural and urban areas have been directed to ensure that pension applications are cleared as per the target fixed for each district.

“This is in contradiction to the announcement made by the chief minister. Block-level officers are not taking applications for widow pensions as the set target figure for their blocks has been achieved and beneficiaries are being asked to show age-proof documents and death certificates. The objective behind the scheme seems to be defeated at the ground level due to this directive,” said Ranchi-based right to food activists.

State social security minister Joba Majhi promised action. “I have asked the officials concerned to ensure that manki-mundas (tribal village heads) are allowed to certify age and death of husbands  so that beneficiaries are not deprived of pension. The resolution about target and quota will be changed by the department soon.”

Sources in the state secretariat said social security director A. Dodde had already written to principal secretary of the department Avinash Kumar, seeking direction for necessary amendment in the earlier resolution so that all eligible beneficiaries can receive pension.