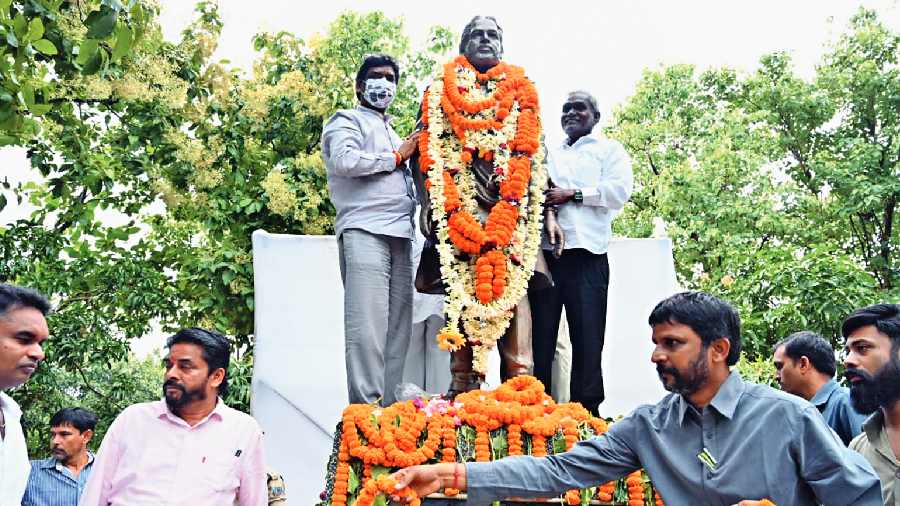 Jharkhand chief minister Hemant Soren, who is embroiled in an office-for-profit case in Election Commission and facing a PIL in Jharkhand High Court over graft accusation, seems to have gone into election mode after the recent bid to topple his government, allegedly engineered by the BJP.

Soren, while addressing a gathering in Jamshedpur on Monday after paying tribute to former JMM president Nirmal Mahato who was shot dead on the same day in 1987 near Tata Steel guest house in Jamshedpur, gave a call to JMM leaders and cadres to be politically strong.

“We got the state (in 2000) after nearly four decades of struggle through contributions of leaders like Nirmal Mahato. However, it took us nearly two decades more to get power in our hands from the Opposition parties whose only interest is to loot the mineral resources.

“We are seeing across the country how the ruling party in the Centre is trying to topple the elected government and in Jharkhand too, the Opposition parties are trying all means to topple the government. In such a scenario, we need to be politically strong so that power remains in Jharkhand with a party which thinks for the betterment of locals,” said Soren.

The address with political overtones with elections nearly two years later (in 2024) is being attributed to the recent arrest in Calcutta of three Congress MLAs with cash, allegedly given to engineering split in Congress which is part of JMM-led alliance government in Jharkhand.

“They (BJP) have tried several times to destabilise our government, which is raising voice for the rights of the state’s locals, and failed all the times. We need to be politically strong so that in the next election their dreams of coming back to power vanish in thin air,” said Soren.

Soren informed that during the governing council meeting of NITI Aayog chaired by Prime Minister Narendra Modi on Sunday in Delhi, he had sought a special package from the Centre to deal with the drought-like situation in the state.

“This year, the state so far registered over 50 per cent deficit in rainfall, with less than 20 per cent of the paddy sowing target achieved. I have requested the Centre to approve a special package for Jharkhand in a bid to deal with the situation and develop irrigation facilities in the state.

“There is an acute shortage of irrigation facilities in the state. The existing facilities can cover only 20 per cent of the land. Five lakh hectares of Kharif land come under the ‘upland' category. If an irrigation facility is provided to such plots, crops can be diversified,” Soren said.

“I also raised the outstanding dues of Rs 1.36 lakh crore as mining royalty from PSUs which can be utilised for the welfare of the people. No attempt has been made by any mining company to restore the land. There has never been a proper effort to solve the issue of displaced people by any government in the past. So, I feel Jharkhand should get maximum share of the income from mining operations,” he said.

Soren in the Niti Aayog meeting also expressed apprehension about the changing of the forest conservation rules.

“In Jharkhand, 30 per cent of the state is forest land. But after the change in the rules, the provision of the consent of the Gram Sabha before the stage two clearance for forest land disposal has been abolished. This is against the interests of the tribal and backward classes,” said Soren.