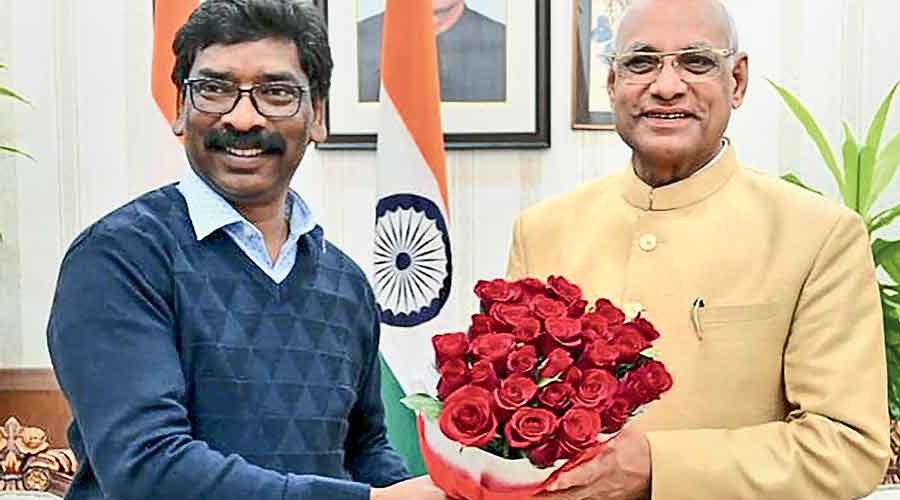 Jharkhand chief minister Hemant Soren, leading the JMM-led UPA government in the state, regrets the breaking of democratic principles of federal governance by the Modi-led BJP government at the Centre.

Speaking to selected media at his Ranchi residence on Monday afternoon about achievements of his government which will complete two years on December 29, Soren claimed that his biggest regret was the poor relationship between the Centre and state which is creating obstacles in state’s government development plans for the state.

“In the current political scenario wherever there is double engine sarkar (a term used by erstwhile chief minister Raghubar Das during BJP rule symbolising BJP government at Centre and state) that state will receive all the benefits. While opposition ruled state are always at the receiving end of a political tussle as if in a wrestling ring which is not good for federal governance,” said Soren.

Elaborating further, Soren said: “It is expected that political parties in power at Centre do resort to some favouritism to states ruled by their party but in democracy, there are certain principles which should not be broken. A Central government cannot simply look down upon and ignore the problems of a state ruled by Opposition parties which happened in our case that too during a global pandemic. Solutions to longstanding problems of state can be found jointly by Centre and state.”

Reacting to BJP charges on the recent anti-mob lynching Act as a ploy to appease minorities, the chief minister said, “Our government is only implementing what has been decided by the erstwhile government and Supreme Court. Mob lynching is not meant for any particular religion or community but the law was enacted due to the scenario created when BJP was in power to deter some vested interest groups from taking law into their own hands.”

Soren stressed that the act should have been made by the Centre on its own as it is necessary to protect the democratic ideals of peaceful coexistence of all sections. He indirectly supported the JMM agitation  against Tata Group companies for their decision to shift headquarters to Maharashtra.

“We are trying to invite industries through lucrative industrial policies but when industries who have been established for long in the state suddenly start shifting their headquarters, then they are sending wrong message and there is bound to be a protest from the local level,” said Soren.

Soren termed the Prohibition of Child Marriage (Amendment) Act which raised the marriageable age of women to 21 years as a decision taken to send a “political message”.

“What was the need for bringing this Act when the Central government has already legalised live-in relationships. The government is simply trying to send a political message through the Act to a particular community,” said Soren.

He also hinted at the Jharkhand government starting a survey on OBC reservation like Nitish Kumar has done in neighbouring Bihar.

“Reservation for OBC was in our election manifesto and we are keen on it. It seems our idea has been stolen by Bihar chief minister,” he said.