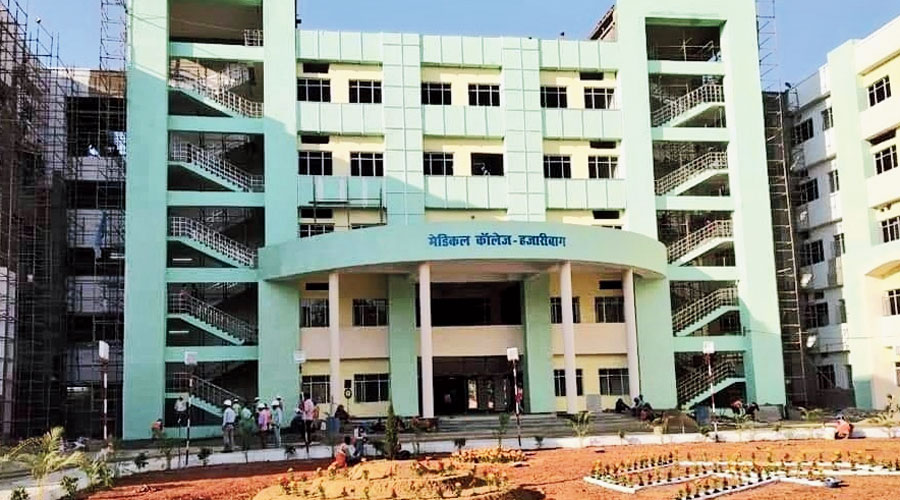 “I have spoken to the Union health minister Dr Harsh Vardhanji,” Soren tweeted on Thursday, adding he requested the Union minister to reconsider the matter that involves future of the students.

The NMC had earlier decided to stop admission of students in three newly-formed medical colleges located at Hazaribagh, Palamau and Dumka for the academic year 2020-21, citing lack of infrastructure and faculty.

These medical colleges were sanctioned by the Centre under a centrally sponsored scheme. While the Union health and family welfare ministry had sanctioned Rs 340 crore for the purpose, the state government also released Rs 392.88 crore for establishing those colleges by upgrading the existing district hospitals in Hazaribagh, Palamau and Dumka districts. Those were also inaugurated by the Prime Minister last year.

Earlier, Soren had also written to the NMC chairman Dr Suresh Chandra Sharma on November 5 and requested him not to stop admission process in those colleges. But approached the Union health minister again when no positive response was received.

In the letter he wrote to the Union health minister on Wednesday, Soren said that the Medical Council of India had permitted admission of 100 students in each of those medical colleges and admission process for 2019-20 was completed.

But the NMC meanwhile ordered, on the basis of some infrastructure and faculty deficiencies, that there will be no fresh admission into those colleges for 2020-21.

“This has sent a shockwave among the aspiring students of this poor, backward and tribal state,” Soren said, adding these colleges are located in aspirational districts where the Union government was keen to improve education system and the Niti Aayog was monitoring in all spheres.

“The state is fully aware and committed to fulfilment of the NMC norms. However, certain finishing work in building infrastructure and installation of equipment and furniture etc could not be completed due to the lockdown imposed in March,” he further informed, assuring those would be done by December 15.

The vacant positions of senior and junior residents and other para-medical staff was also being addressed, Soren further assured the Union health minister, adding the government was facing certain constraints in filling up the vacancy of professors “as eligible candidates are not willing to work in those backward districts”. “We are in the process of making certain amendments in the recruitment policy so that these vacant positions of senior faculty could be filled up at the earliest,” Soren further assured.

While assuring that the state government would resolve the issue at the earliest, he requested Harsh Vardhan to consider his request for not stopping admission in those medical colleges “in the interest of aspiring students”.