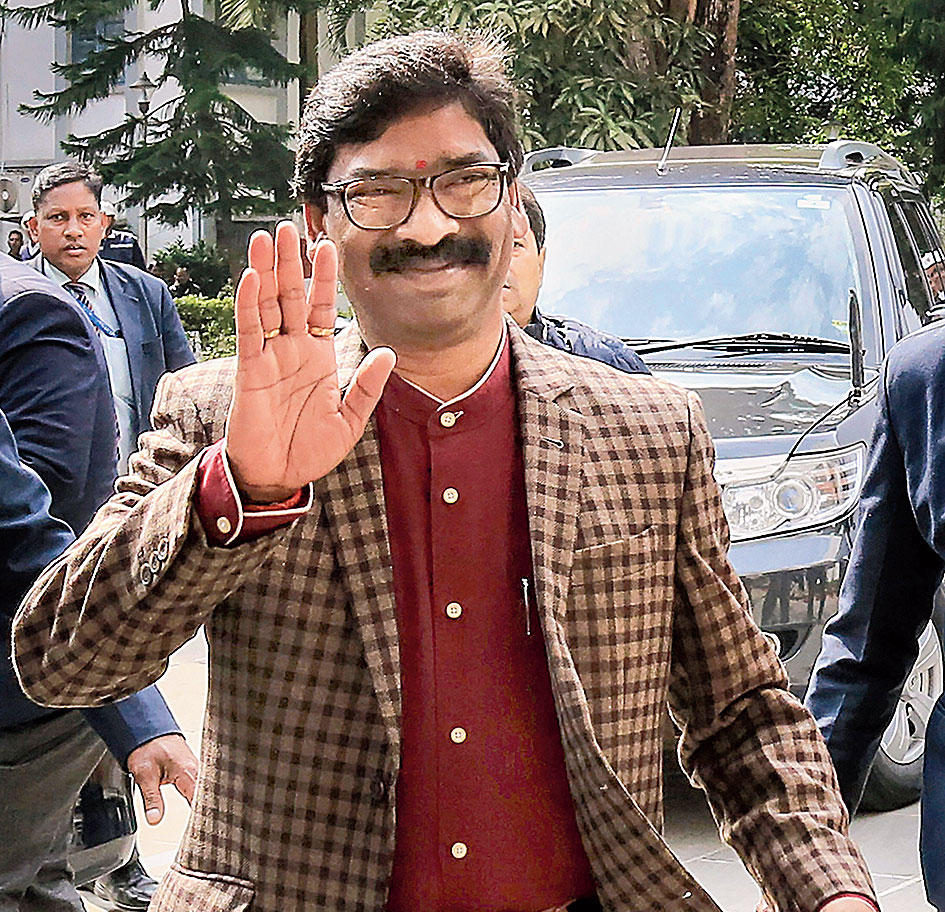 Chief minister Hemant Soren on Wednesday kept for himself the departments of home, personnel and administrative reforms and cabinet coordination, while allocating portfolios among his newly inducted cabinet ministers of the JMM-Congress-RJD coalition government that he heads.

Under the government notification, the chief minister will also retain all departments that have not been allocated to any other minister.

It means that the departments of forest and mining, land and revenue, energy, road construction, building construction, tourism, sports and youth affairs, urban development and housing will stay with Hemant.

Hemant has also been generous to ally Congress, handing over key portfolios to the four ministers from the party.

Congress minister Alamgir Alam has been given rural development, rural works, Panchayati Raj and National Rural Employment Programme. His fellow party member Rameshwar Oraon will head the departments of planning and finance, commercial tax besides food and civil supplies and consumer affairs. Banna Gupta who had been agriculture minister in the last government headed by Hemant, will head health. Badal Patralekh heads agriculture.

The lone RJD minister, Satyanand Bhokta, will head the labour and employment.

“Now that the portfolios have been allocated, ministers will have to discharge their duties to fulfil the aspirations of people,” Hemant said.

Agriculture minister Badal told The Telegraph that he would review the ongoing plans of department. Rural development minister Alam said his priority was rural roads. On the fate of projects launched by the BJP-led government, Alam said: “Any good project launched by them will continue.” But JMM’s Mahto said he would soon hold a meeting with education department officials on the merger of small government schools, a decision of the BJP-led government that the JMM had opposed.