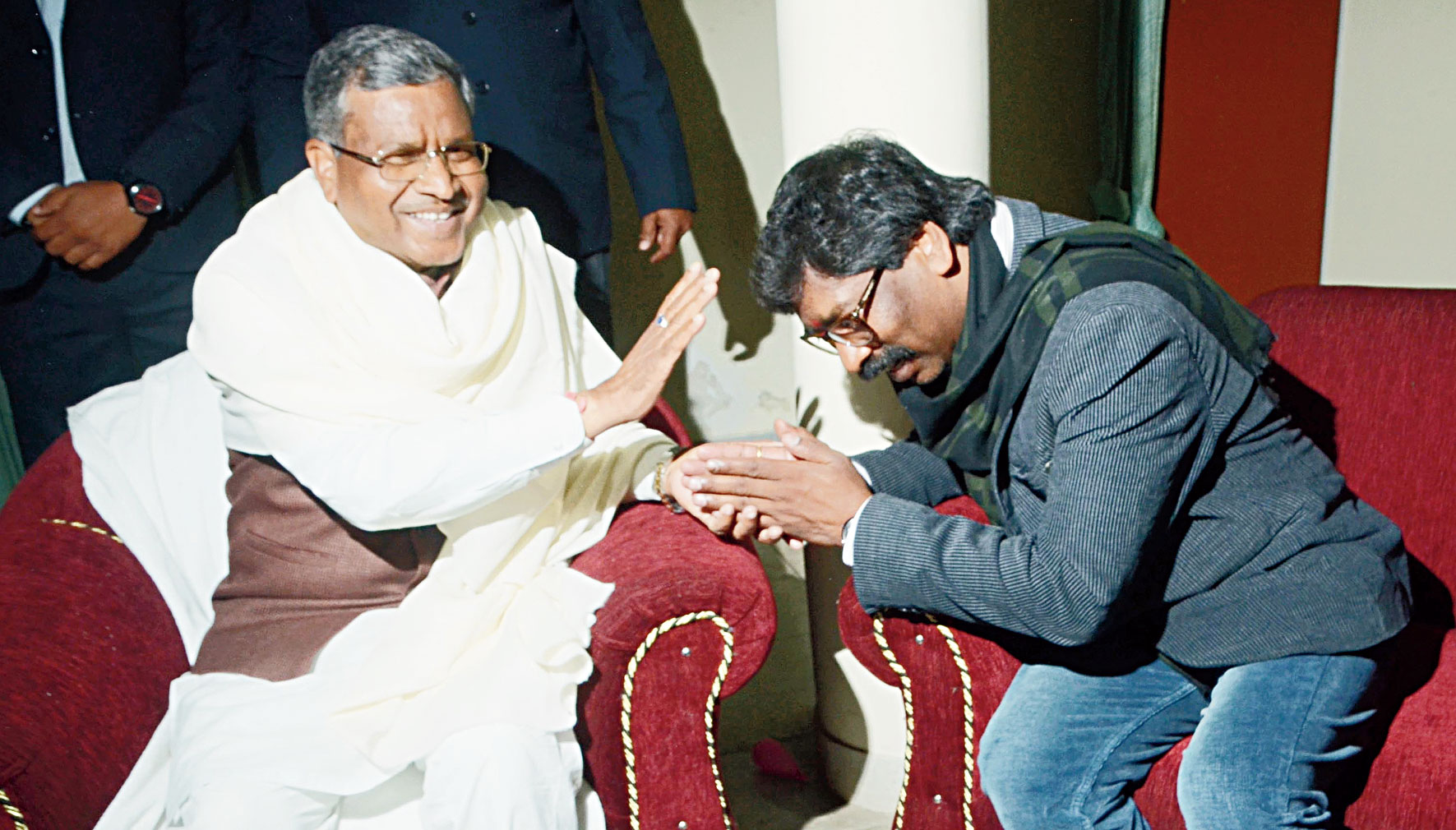 JVM chief Babulal Marandi on Tuesday extended unconditional support to the JMM-led alliance that stormed to power in the Assembly election results declared on Monday.

The JVM won three seats in the state elections. The alliance of the JMM, Congress and RJD secured 47 seats in the House of 81 members. Marandi’s support means the alliance now has the backing of 50 MLAs.

“We are going to give our support in writing as well and it would be unconditional support,” Marandi said after chief minister-designate Hemant Soren called on Marandi at the JVM chief’s residence.

The JVM contested the election independently after the JMM-led alliance refused to entertain Marandi’s demand of not less than 15 seats.

Hemant on Tuesday said that even though the JVM contested the election separately, its goal was the same as that of the winning alliance.

Both Marandi and Hemant, however, avoided answering queries on whether the JVM would find place in the new government.

“My party has extended unconditional support,” Marandi said in response to the question.

Hemant said that the government formation process would be started “soon” and such things would be looked into at that time.

Saryu Roy, who defeated chief minister Raghubar Das from Jamshedpur East as an Independent, has already announced that he will extend “issue based” support to the new government.

Hemant said that he had sought time from governor Droupadi Murmu to stake claim for forming government in the state.

A meeting of newly elected MLAs of the JMM was held at the residence of party patriarch Shibu Soren on Tuesday morning. “Hemant has been elected as leader of the JMM legislative party and rest of constitutional processes. A joint meeting of newly elected MLAs of alliance parties is set to be held today (Tuesday) evening,” said Sarfaraz Ahmed, who was been elected from Gandey Assembly seat.

Pakur MLA Alamgir Alam was on Tuesday elected as leader of the Congress legislature party.