No decision on seats yet, but JMM is eyeing 12 while RJD wants to part with 3 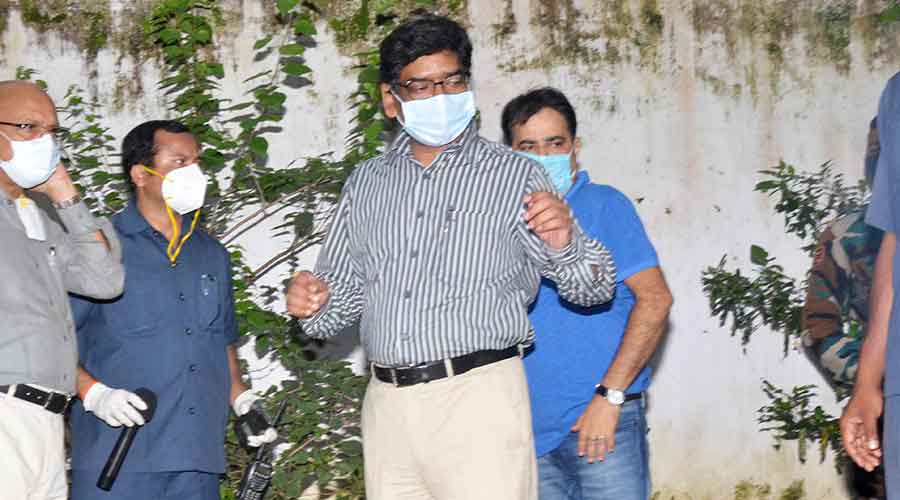 Jharkhand Chief Minister Hemant Soren met RJD president Lalu Prasad at  Rajendra Institute of Medical Sciences (RIMS) here on Saturday and indicated that they would fight the Bihar elections together.

Hemant spent more than an hour with Lalu Prasad at the director's bungalow, where the RJD leader is staying. Coming out of RIMS, Hemant told reporters, "We will fight Bihar elections together."

RJD is a partner in the coalition government headed by Hemant in Jharkhand. Besides JMM, the Congress is also part of the government in the state.

Asked on how many seats JMM would field its candidates in Bihar where polls are due in October-November, Hemant said, "Wait for some more time to know who will enter the poll fray from where."

JMM had recently demanded 12 seats in Bihar under the understanding within the Grand Alliance. But the RJD which heads the Opposition grouping there, had indicated it would spare not more than 2-3 seats to the Jharkhand based regional party.

The RJD supremo who is convicted in four cases in the multi crore fodder scam in Bihar is lodged in jail in Ranchi. He was shifted to RIMS on health grounds. Recently, in the wake of his attendants testing positive, Lalu Prasad was moved to the director's bungalow from the private ward of the state-run hospital.