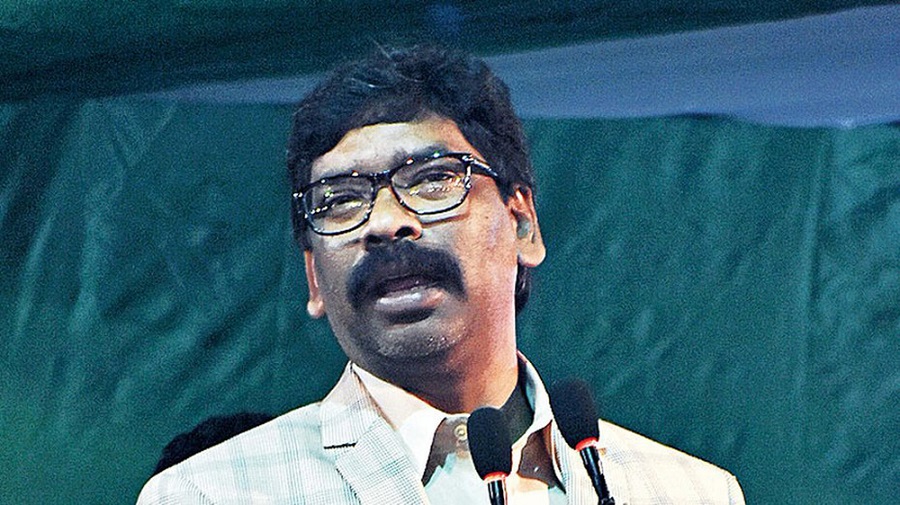 Chief minister Hemant Soren has been invited to share his experience of tackling the Covid-19 pandemic and talk on a host of other issues, including tribal rights, sustainable development & welfare policies in Jharkhand, at the 18th Annual India Conference at Harvard University to be held next year between February 19-21.

According to officials in Hemant’s office, his address is tentatively scheduled for February 20. As per an official statement on Saturday, the organisers of the  conference at Harvard University in Cambridge, Massachusetts, sent an invitation to the chief minister on December 25 (Friday), seeking his consent to be a part of the event as a speaker on a keynote panel.

Hemant’s office confirmed his participation by a tweet on Saturday: “Hon'ble Chief Minister @HemantSorenJMM has been invited by @Harvard University to deliver a lecture in February 2021.The Chief Minister has accepted the invitation & thanked the organisers. He will speak on tribal rights, sustainable development & welfare policies in Jharkhand.”

Hemant is probably the first chief minister of Jharkhand to deliver a lecture at the university. The India conference is the largest student-run conference in North America focusing on India, and is one of the world’s leading forums for dialogue, debate, networking around issues pertaining to contemporary India.

Over 1,000 people from academia, industry, business leaders, policy makers and government bodies are among usual attendees. The conference reaches to over five million people through its social media channels, said the organisers.

Suraj Yengde, a PhD scholar and senior fellow at Harvard Kennedy School who extended the invitation to Hemant, said in his letter that his work since assuming office has been of keen interest to most research fellows and that he had emerged as a proud tribal/indigenous politician with a welfarist development agenda.

“Your acumen in handling governance and politics, making it people aspirational is important for strengthening of democracy that is locked in caste and feudalistic nepotism,” he wrote, adding that they are looking to have Hemant in the chief ministers’ panel virtually to discuss on the issues of governance, state-centre relations, handling of Covid-19 and the intersections of caste and tribal identities in the current politics.