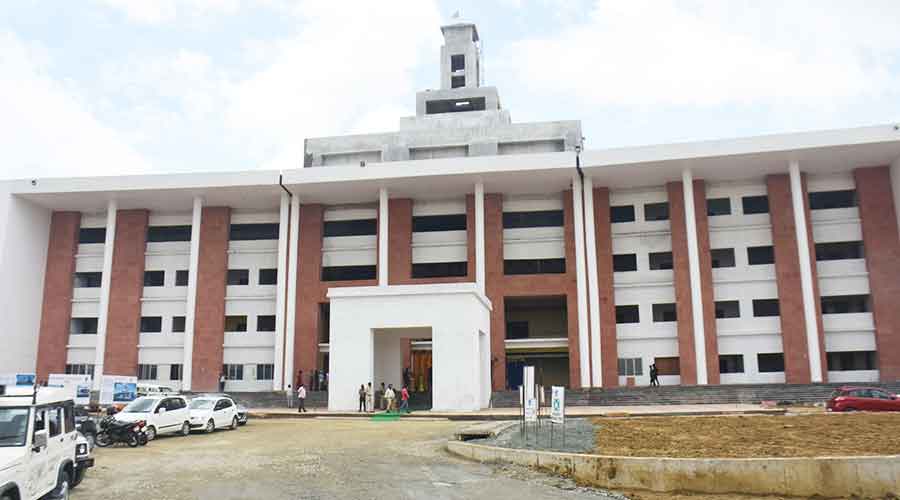 The Binod Bihari Mahto Koyalanchal University (BBKKU) on Thursday inaugurated its own campus spread across 25 acres of Bhelatand Mouza at its first convocation after operating from the abandoned building of Government Polytechnic Institute Nirsa ever since its inception more than four years ago.

The seven-storey administrative building along with the five storey academic block was inaugurated virtually by chief minister Hemant Soren from Ranchi in the presence of lawmakers, ministers and university officials, degree recipients, teachers and researchers at Bhelatand.

Notably, both the buildings constructed at a cost of around Rs 348 crore by Jharkhand State Building Construction Corporation Limited are part of a series of buildings, including the Central Library, Vice Chancellor’s Bungalow, Examination department building, central auditorium planned at Bhelatand, for which construction is on.

Addressing the gathering online from Ranchi, Chief Minister Hemant Soren said, “At the time of pandemic when almost all the activities have been affected, continuing education is also a big challenge when university, colleges and schools are also lying closed.”

“In the era of globalisation and commercialisation when new challenges are being posed before the society everyday besides the opportunities the onus of turning all the challenges into opportunities lies upon the academia” further said Bais.

Vice Chancellor Anjani Kumar Srivastava in his address to students, teachers, researchers and degree recipients, apprised them about the journey of the last four years and challenges that turned into the opportunity of establishing a university deprived of its own building, senate, syndicate which were gradually overcome one by one.

Notably, altogether 51 toppers of two successive batches of  Post Graduation ( 2017-19 batch, 2018-20 batch) and under graduation (2016-19, 2017-20) were provided gold medals during the offline function at CIMFR auditorium while degrees to around 60,203 students were awarded online through the colleges.