Impact of a cyclonic circulation and a low pressure trough 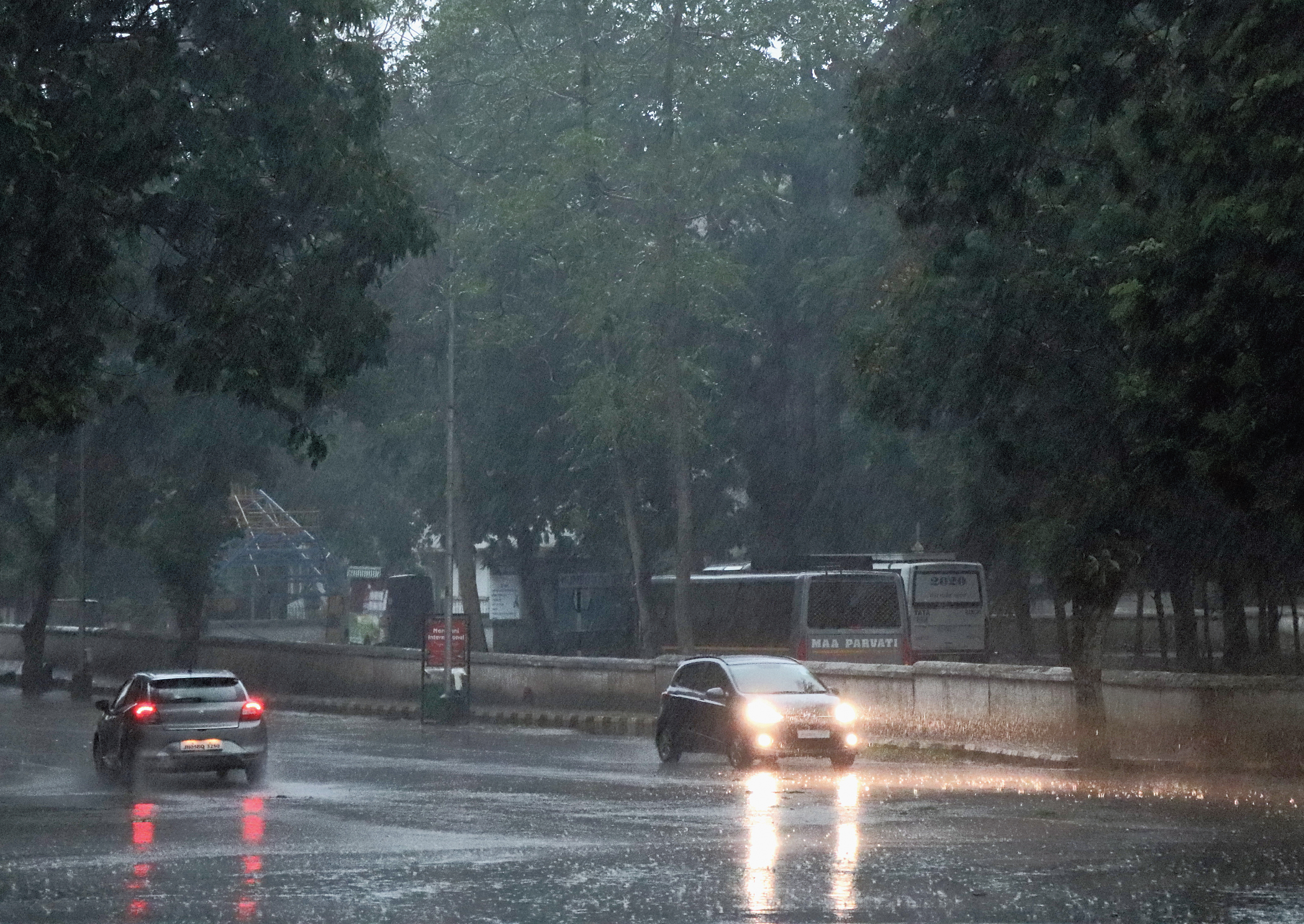 Vehicles move with headlights on during rain at Sakchi in Jamshedpur on Thursday afternoon.
Picture by Bhola Prasad
Pinaki Majumdar   |   Jamshedpur   |   Published 23.04.20, 06:37 PM

Several parts of the state, specially those in its north-eastern, southern and central regions, are expected to experience heavy rainfall in the next 48 hours, due to the impact of a cyclonic circulation and a low pressure trough.

Both the Ranchi and Calcutta centres of the India Meteorological Department (IMD) on Wednesday issued downpour alerts in their bulletins. The southern region covers places like Chaibasa, Jamshedpur, Simdega and Seraikela-Kharsawan while the central parts include Bokaro, Gumla, Hazaribagh, Khunti, Ramgarh and the state capital Ranchi. The north-east of the state covers places like Deoghar, Dhanbad and Dumka.

S.D. Kotal, director of Ranchi Met Centre, said: “We are expecting heavy rainfall in central, north-east and southern Jharkhand due to the impact of the twin systems resulting to the state’s current weather conditions.

“We have also issued an alert of a squall, expected to move in a speed 50-60kmph for the next two days,” said Kotal.

The twin systems, on Thursday afternoon, sparked a moderate thunderstorm and rain in several places such as Jamshedpur, Khunti, Giridih, Koderma, Chatra and Latehar.

At some places, the rain was accompanied by winds at 30kmph.

Ramgarh, Gumla, Bokaro and several other places have experienced few spells of rain (all recorded below 10mm) in the past 24 hours.