Monsoon trough shifts towards foothills of Himalayas, heaviest spell between Friday and Sunday 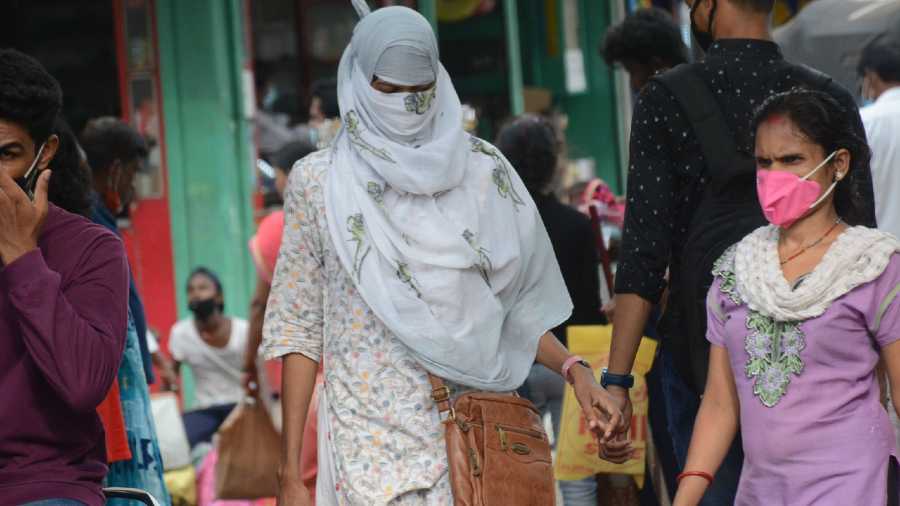 Discomfort levels were 12 degrees above normal in Jamshedpur due to high humidity on Tuesday.
Picture by Bhola Prasad
Pinaki Majumdar   |   Jamshedpur   |   Published 10.08.21, 06:07 PM

The India Meteorological Department (IMD) warned of heavy rain in isolated pockets of Jharkhand during the next five days while neighbouring Bengal was expected to experience heavy to very heavy showers till Sunday.

IMD's Regional Met Centre at Alipore in Calcutta and Ranchi Met Centre issued special bulletins saying the downpour would be due to shifting of the monsoon trough towards the foothills of the Himalayas.

" The intensity of rain would be more in north Bengal districts and places in northern Jharkhand and Bihar which are closer to Himalayas. Whenever the monsoon trough shifts towards the foothills of Himalayas, it results in heavy rain in north Bengal and isolated areas in Bihar and Jharkhand with the intensity of rain reducing in Central India," G. K. Das, director of Alipore Met Centre in Calcutta, explained over telephone.

The rain is expected to be of maximum intensity between Friday, Aug 13 and Sunday, August 15.

Head of Ranchi Met Centre Abhishek Anand said they were expecting heavy showers at a few isolated places in north-western Jharkhand, comprising Daltonganj, Latehar and Garhwa, due to the formation of a cyclonic circulation over eastern Uttar Pradesh extending up to 4.5 km above mean sea level.

The monsoon trough at mean sea level was on Tuesday passing through Amritsar, Kurukshetra, Meerut, Gorakhpur, Muzaffarpur and Jalpaiguri in north Bengal.

Several cities in Jharkhand experienced high discomfort index which is determined on the basis of temperature, humidity, wind pattern and other factors.

The weather remained humid with the sun playing hide and seek. The average discomfort index was as high as 64 degrees, nine degrees above normal, on Tuesday.