KK Soan listens to problems of workers and patients, promises to improve services 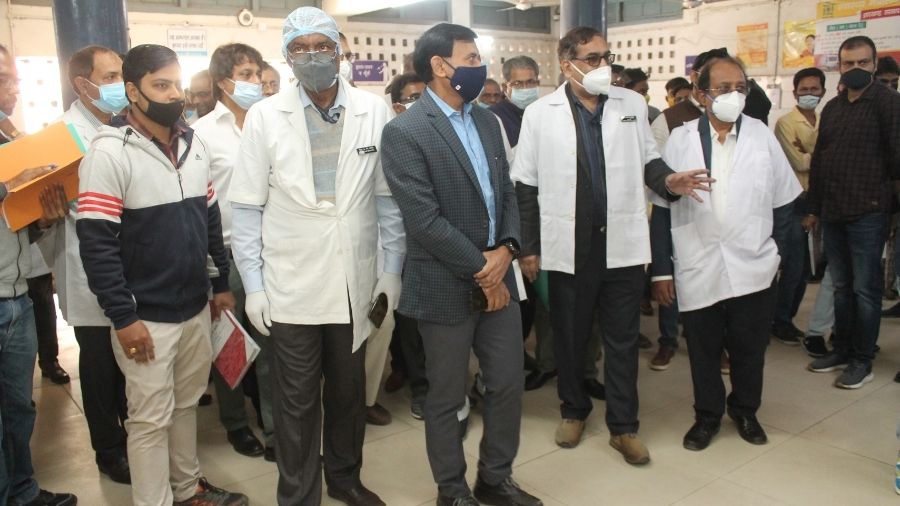 Health secretary Kamal Kishore Soan on Thursday inspected the government- run MGM Medical College and Hospital in Jamshedpur for the first time after assuming the position.

The health secretary flagged the hospital for not using one of the two ambulances provided by the health department. He later spoke to the hospital superintendent and gave him necessary directives for improving the health care facilities.

During his over-two-hour visit in the Sakchi hospital, Soan also inspected the emergency and children’s wards, after which he went to the blood bank on the premises of the hospital and the Out-Patients Department (OPD).

“This was my first visit. Every effort will be made to improve infrastructure as well as medical services at the hospital,” he said after the inspection.

The paramedical staff and contractual workers  met the health secretary and appraised him about their problems, with the former group handing him a memorandum.

The  health secretary also  patiently listened  to the woes of patients, some of whom spoke about  poor cleanliness, upkeep and ill-management at the hospital.

Soan had earlier gone to the MGM Medical College in Dimna, where he tried to know about the infrastructure bottlenecks and problems of teaching and non-teaching staff.

With over 500- bed the MGM Medical College and Hospital is the biggest government  health care centre in the entire Kolhan region comprising three districts - East Singhbhum,  West Singhbhum and Seraikela-Kharsawan.