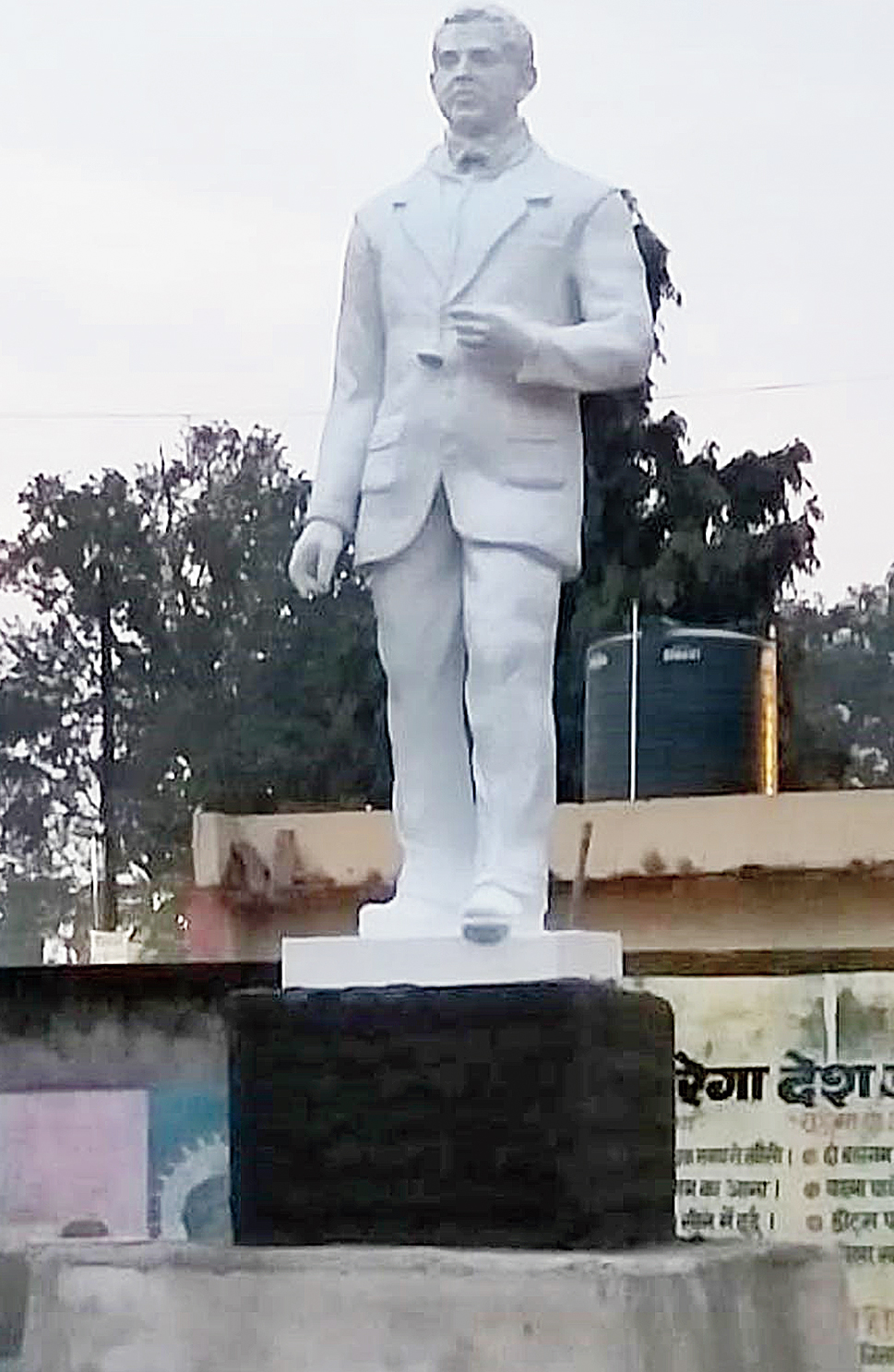 He gave India her first test tube baby Durga in 1978, but killed himself three years later owing to alleged social ostracism, professional jealousy and bureaucratic neglect in the wake of his stunning medical feat. His genius was posthumously recognised only in 1986.

But now, Dr Subhash Mukhopadhyay, who was born in Hazaribagh and did most of his life’s work in Calcutta, will get the recognition he deserves in his birthplace. A life-sized statue of the pioneer of India’s in-vitro fertilisation (IVF) will be unveiled at Hazaribagh Sadar Hospital on Sunday.

“The local Indian Medical Association chapter and Bengali Association are supporting it,” the DC added.

Partha Mazumdar, NTPC chief general manager in Hazaribagh, said they were happy to finance the statue when DC Shukla raised the issue.

“After all, Dr Mukhopadhyay was born in Hazaribagh and did a remarkable job in the field of IVF,” he said. “We are happy to do our bit by installing the statue and organising the formal event on Sunday,” he added.

The move comes as a huge vindication to the Bengali community in Hazaribagh. One of Dr Mukhopadhyay’s cousins in the extended family, Rathin Mukherjee, said the statue was overdue. Economics professor at the town’s Vinoba Bhave University Sajal Mukherjee said they had always wanted Dr Mukhopadhyay’s statue in the government hospital. “In fact, we also want the upcoming medical college or at least one of its wards to be named after Dr Mukhopadhyay.”

Agreed Ajit Banerjee, a retired headmaster of Annada High School, who along with others had met MLA Manish Jaiswal on giving the IVF pioneer his due recognition in Hazaribagh. “The MLA supported us,” he said. “I can say that we are all extremely happy that Dr Mukhopadhyay is back home in his birthplace.”

Born on January 16, 1931 in Hazaribagh, Dr Mukhopadhyay graduated in medicine in 1955 and obtained a doctorate in reproductive physiology in 1958, both from Calcutta, and in reproductive endocrinology from Edinburgh (UK) in 1967.

He collaborated with cryobiologist Dr Sumit Mukherjee and gynaecologist Dr Saroj Kanti Bhattacharya for his IVF project that resulted in the first test tube baby of the country, Durga, on October 3, 1978. The baby girl was the world’s second test tube baby, born only 67 days after the first IVF baby was born in the UK.

Instead of recognition, he was allegedly subjected to bureaucratic insult, barred from attending global meets where he could share his achievement with the scientific fraternity. A dejected Dr Mukhopadhyay committed suicide in 1981 in Calcutta.

The recognition came much later in the mid-1980s when Mumbai-based Dr T.C. Anand Kumar, who worked in the IVF sector as a result of which a baby boy was born in 1986.

But instead of claiming he was the pioneer, Dr Anand Kumar read Dr Mukhopadhyay’s notes and realised where the true credit lay.