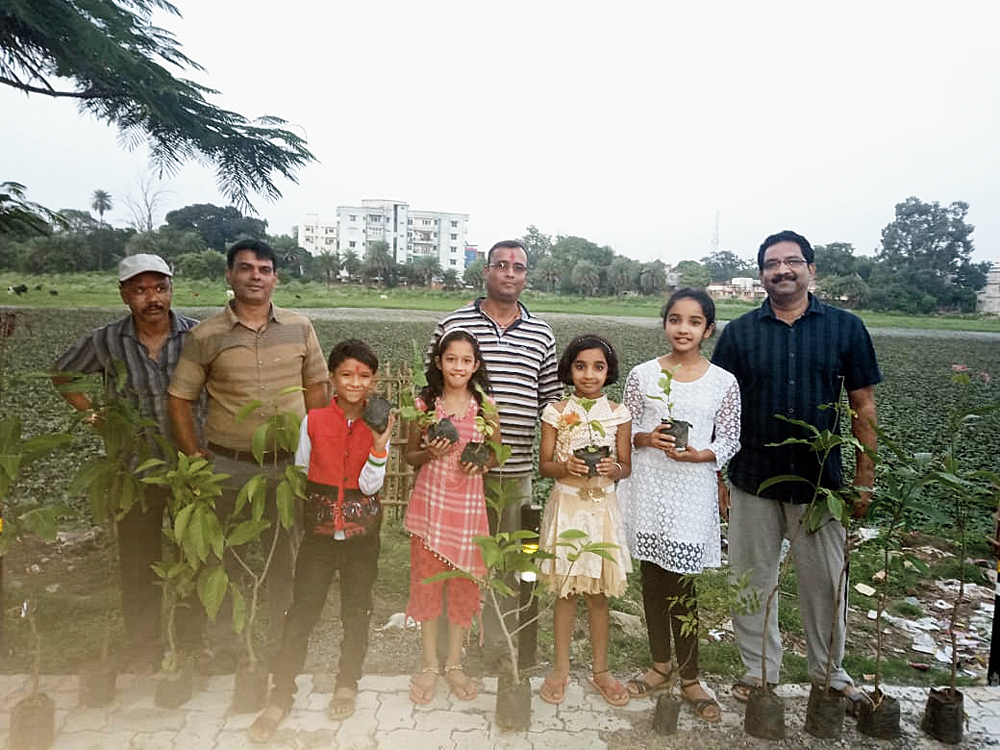 Okni Talab, once known for its clean water and migratory birds, has lost its glory days to encroachers, people using the reservoir as a garbage dump, and land sharks.

But now, residents of Okni Mohalla, where the pond is situated, have come out to save it.

Led by a group of advocates and socially aware residents, around 45 people are now putting up slogans on electric poles and circulating messages on WhatsApp group Clean Okni Green Okni to create awareness about keeping the pond clean.

A resident, who did not want to be named, said certain promoters were eyeing parts of the pond to convert them into plots.

“If that happens, the pond will simply die. Its health is very important to the ecology of our area,” he added. “So we are not just putting out messages but also planting saplings near the pond, and that too on various occasions right from marriage anniversaries to birthdays.”

Advocate Kesarlal, Somendra Kumar and Pradeep Kumar, all residents of the locality, told The Telegraph that Ravi Shankar Shukla who was the deputy commissioner of Hazaribagh before getting transferred to Jamshedpur (East Singhbhum), had shown interest in developing this pond.

“But after his transfer no effort was taken. This pond spread is the biggest in the town with every potential to turn into a green tourist spot. We appeal to the district administration to look after its health and protect it from the land mafia,” Kesarlal said. “It can be cleaned up and also be used for fish farming as well,” he said.

The advocate said that this was still the only pond where water chestnuts (panifal fal) grows. “Okni Talab used to be a beauty once. It needs to be saved,” he said.