Advertisement
Home / Jharkhand / Give us our dues on central PSUs, arrears: Jharkhand to Modi govt

Give us our dues on central PSUs, arrears: Jharkhand to Modi govt 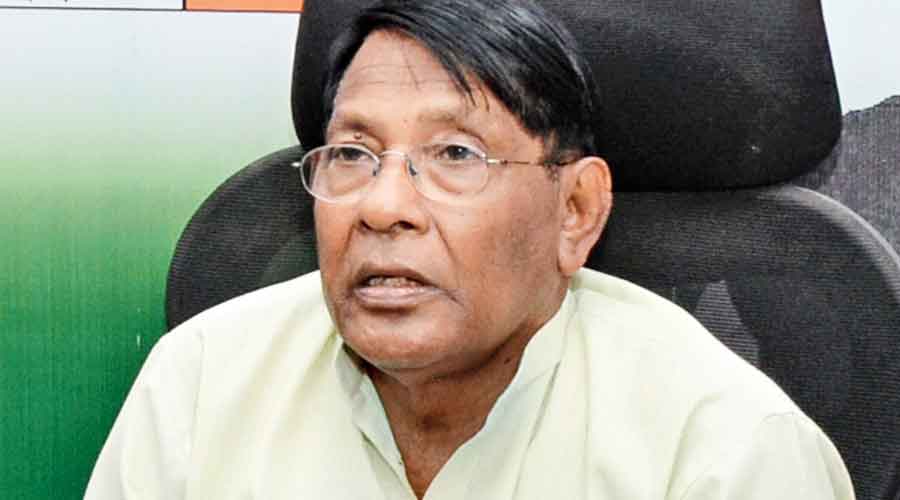 The letter mentions that the state revenues which had already taken a hit since the implementation of GST have been severely impacted because of Covid-19.

“We have not been able to meet many of the budgetary spending requirements due to revenue loss caused by the virus outbreak. In case, the GST compensation ends next year, then the state will face further revenue shortfall,” the letter states while requesting for an extension of the compensation regime by another five years.

The letter cites Section 9 of the Mines and Minerals (Development and Regulation) Act schedule-II and alleges, “Coal PSUs of Central government are not paying the royalty based on sale invoice, rather the royalty is being paid to the state government at the notified price, due to which the state is losing huge revenue.”

The letter also claims Rs 16,76.49 crore of outstanding dues on account of coal PSUs that are paying royalty based on run-of-mines coal rather than processed coal being dispatched according to Mineral Concession Rules.

The letter points out an amount of Rs 33,069 crore as pending fines on central government undertakings like Central Coalfields Limited, BCCL, ECL, SAIL, and DVC for violation of Section 21 (5) of mines and mineral (development and regulation) Act 1957 which is yet to be cleared and seeks the Union minister’s personal intervention in this regard. It also mentions that CCL (a Central government PSU) subsidiaries are utilising 53,064 acres of state land without paying compensation and ground rent.

It also mentions about Rs 1,792.60 crore as a total arrear from central government agencies against water tariffs instead of drawing water from surface sources, which is yet to be cleared.

On Friday, Oraon tabled a second supplementary budget of Rs 2,936.12 crore on the second day of the winter session of the Jharkhand Legislative Assembly. After which the Speaker Rabindra Nath Mahato adjourned the proceedings of the Assembly till 11.00am on Monday.

Earlier, as soon as the proceedings of the House began, the Speaker requested the members of both treasury and opposition benches to cooperate in smoothly running the house.

However, the pleadings seem to have little effect as BJP lawmakers jumped into the well raising the issue of controversies shrouding the Jharkhand Public Service Commission (JPSC) examinations and demanding sacking of the chairperson Amitabh Choudhary and CBI probe into the examination.

Meanwhile, Independent MLA from Jamshedpur East and former BJP leader Saryu Roy accused the health department of giving the wrong answers in the house. The Independent MLA had asked whether the benefit of treatment of listed diseases under the Chief Minister critical diseases scheme was given to patients for treatment in private hospitals at Adityapur and Tamolia in Seraikela-Kharsawan to which the department said that private hospitals were empanelled for this scheme. To which the MLA said that it was wrong.

The speaker directed health minister Banna Gupta to table a report on Monday.

Even Congress MLA Irfan Ansari seemed to voice dissent over the health department death figure due to Covid at over 5000 and said that a lot more deaths than the figure had taken place due to Covid.