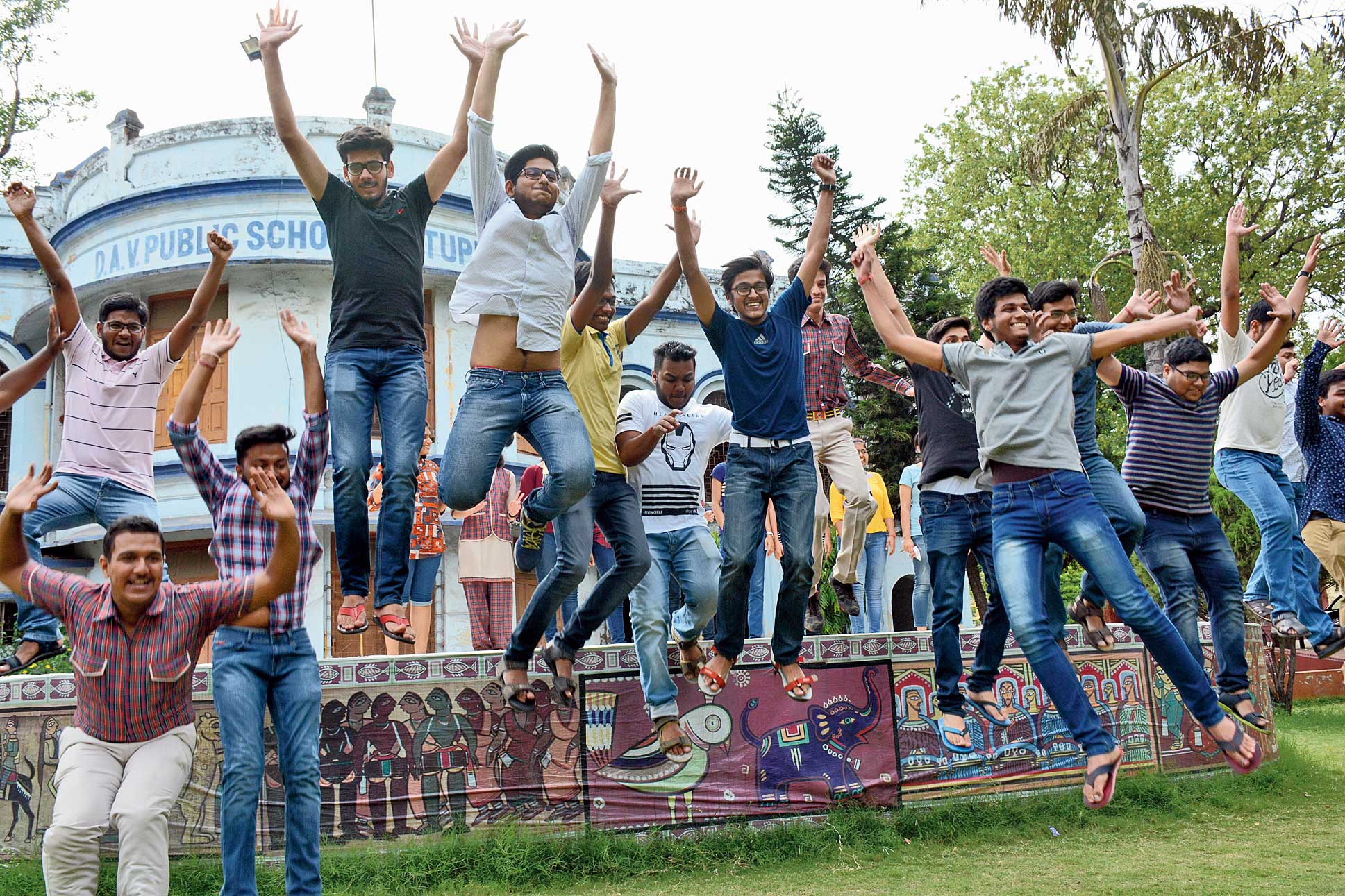 Girls in the Bihar and Jharkhand region performed far better than boys, with 76.08 per cent of girls clearing the exam compared to only 61.57 per cent of boys. Still, the Class XII board results have come as a blow to students — of 1,00,698 students had appeared for the exam from 1,300 CBSE-affiliated schools between February 15 and April 4 — across the region.

In Jharkhand, there are 42 CBSE schools in Dhanbad, followed by 41 in Ranchi, 36 in Bokaro and 35 in Jamshedpur (the number includes the steel city and neighbouring Seraikela-Kharsawan). Hazaribagh’s Akshat Agarwal from DAV Public School, Canary Hill Road, was the Jharkhand topper with 490 marks out of 500. He was followed by Tanish Bansal from Holy Cross School, Bokaro, with 489 marks.

Speaking to this paper from Hazaribagh, Jharkhand topper Akshat said, “I gave my best, the rest just happened, thanks to my teachers and parents. I think the secret lies in three to four hours of studying on my own a day, not over-studying for 12-13 hours.” Unlike most toppers who wanted to become engineers, Akshat added he wanted to study physics and do research.

Post-result counselling for students and parents by the CBSE started on Thursday and will continue till May 16 from 8am to 10pm.

Sixty-nineexpert volunteers including principals, trained counsellors and special educators from CBSE are available for tele-counselling on toll free number 1800118004.

CBSE will also invite verification of marks from May 4 to May 8 at a charge of Rs 500 per subject. Students can also obtain a photocopy of evaluated answer sheets at Rs 700 per answer book on May 20 and May 21. Re-evaluation applications will be considered on May 24 and 25 at Rs 100 per question. All requests should be made online.

Vipin Sharma, principal, Vidya Bharati Chinmaya Vidyalaya in Jamshedpur, said their results were “satisfactory” but some good performers who had had scored in their 70s had decided to go for re-evaluation.