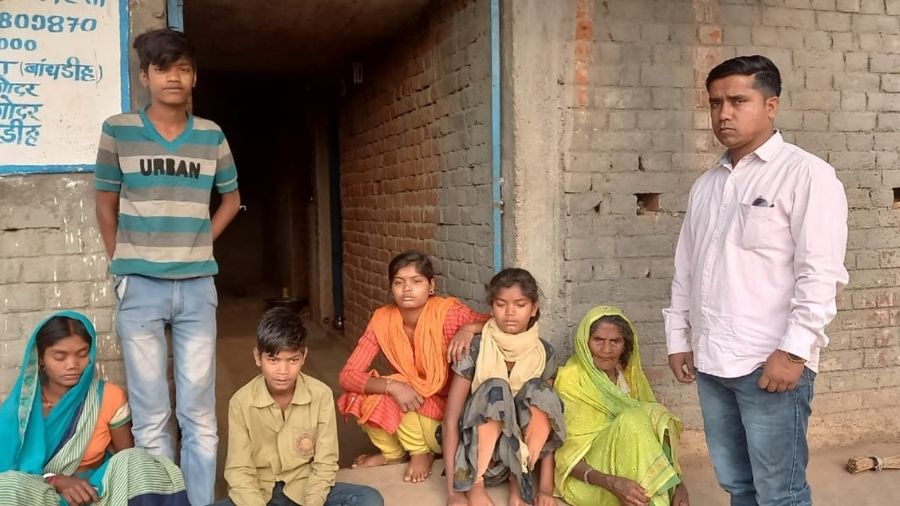 Amidst the demand for repatriation of 33 Jharkhand labourers stuck in Kuala Lumpur in Malaysia, a 43-year-old labourer of Giridih district died yesterday at Doha in Qatar. Following the news, the family members of the labourer asked the state government to bring back the dead body.

Govind Mahto, son of Pati Mahto who went to Qatar to work for L&T Infra through a contractor two months ago is survived by his wife Basanti Devi (37) and four children.

Sikandar Ali, a Giridih based social activist, informed that the family members of the deceased received information about the death of Mahto yesterday morning at around 7 to 8 am through the company officials on Phone, who informed that Govind died due to cardiac arrest.

“We demand the district administration and state to initiate immediate measures to bring back the dead body of the deceased and simultaneously also demand compensation for the family members of the deceased as he died during work,” said Ali and added that the incident raises serious questions about the safety and security of laborers working in foreign land due to lack of job opportunities in the state.

Contacted, Sashi Bhushan Mehra, Deputy Development Commissioner of Giridih said, “Though I have not received information about the death of any person in Doha at Qatar but I will find out the details, from the local officials of Bagodar and all steps will be taken to bring back the dead body of the deceased from the foreign land.”

Notably, a large number of laborers of different districts of Jharkhand, including Hazaribagh, Bokaro, Giridih etc working in various foreign countries through local contractors are facing difficulties due to nonpayment of proper wages and expiration of visa etc.

On January 17, the Labor minister, Satyanand Bhokta initiated a step for the repatriation of  33 laborers of Hazaribagh and Giridih after the news about them being ditched by their contractor emerged.

This apart, the issue of 30 labouers of different blocks of Giridih, Hazaribagh and Bokaro lying trapped in Kuala Lumpur in Malaysia after the expiration of the three years of their contract with Leadmaster Engineering Construction Sdn Bhd was also raised by Sikandar Ali on March 22.