According to a Greenpeace report, Jharia is the most polluted town among 313 towns and cities in India 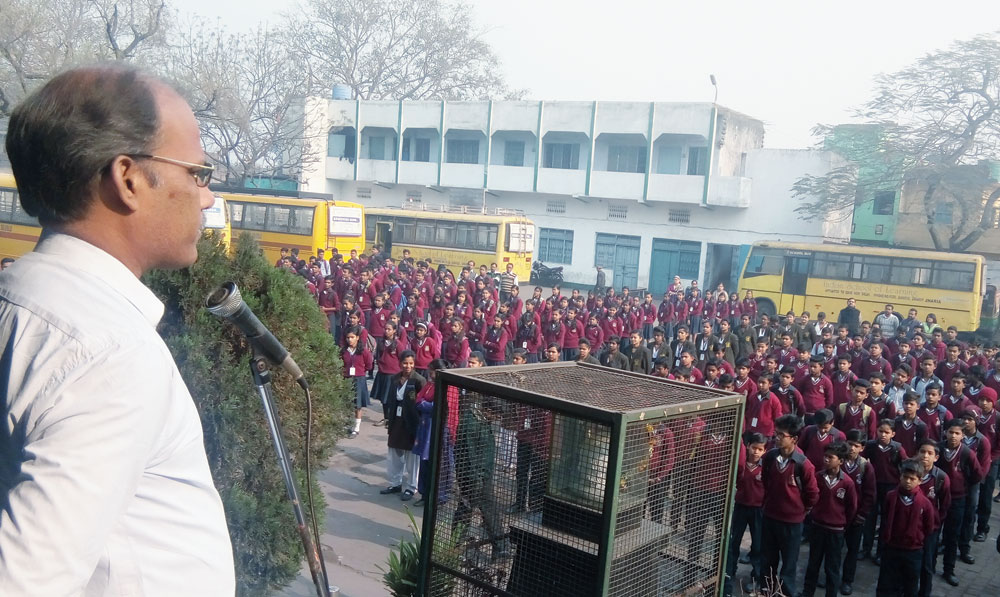 Jharia, which beat 312 cities and towns to emerge foul air champion according to a recent Greenpeace India report, is now fighting back by raising a new generation of aware crusaders.

A group of environmentalists under the banner of social outfit Youth Concept on Wednesday launched an awareness programme at CBSE-affiliated Indian School of Learning, which is close to one of Jharia’s most polluted points, Katras More.

Leading the group was physiotherapist Dr Manoj Singh, who has led plantation drives in the past. Dr Singh told over 500 schoolchildren what they could do to tackle the air pollution monster.

“For the short-term, wear masks. For the long-term, plant a sapling and make sure it lives,” Dr Singh said, adding that breathing foul air caused diseases such as bronchitis, asthma, tuberculosis, among others.

Dr Singh, who had planted more than 50,000 saplings in various parts of Dhanbad including Bhowra, Patherdih, Chasnala, Mohalbani, Jharia, Durgapur Kusth Colony, Bastacola, Kandra, Bhaga and Katras, as well as his native place Aurangbad in Bihar, said without trees, there was no future. “Trees are natural air cleansers and fresheners,” he said.

Special educator and speech therapist for the specially abled children Akhlaque Ahmad who was also part of the delegation, said they wanted children to understand the magnitude of the air pollution menace.

“According to the Greenpeace India report Airpocalypse III, Jharia is the most polluted town among a list 313 towns and cities of the country. Particulate matter in air penetrates lungs and harms the respiratory system. The lungs of our children are at stake,” Ahmad said. “Our basic aim behind launching an awareness programme is to create people opinion and outrage against Jharia’s air pollution.”

He added they wanted to collect 10,000 postcards from students of 25 schools and colleges with the message “Save us from air pollution” to send the ministry of environment, central and state pollution control boards, chief minister Raghubar Das and Bharat Coking Coal officials. “We have already collected 200 postcards. It’s a small step, but we hope the momentum increases in the coming days,” he said, adding they would visit Jawahar Lal Nehru Memorial School at Jamadoba and BIT-Sindri in the coming days.

Ahmad added they planned to form a human chain of students from different schools by month-end to draw the attention of authorities and file a PIL against the BCCL with Jharkhand High Court to draw attention to Jharia’s air pollution menace. “Documentation work for the PIL is on,” he said.