Controversy continues over invitation to the park’s inauguration 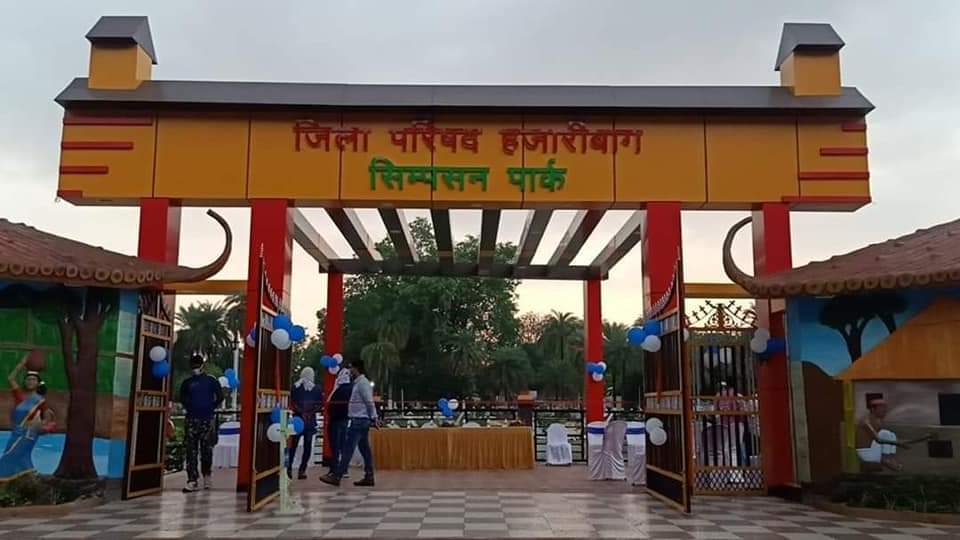 Three days after a British-era pond was renovated into a park in Hazaribagh, another controversy has erupted over it. This time questions have been raised over the naming the park behind Captain Simpson.

Sachidanand Pandey, who is a descendant of freedom fighter Jai Mangal Pandey, has expressed dismay over naming the park after Captain Simpson and demanded that his name should be removed. He said that he was not against the park but questioned why Simpson was chosen when the area had so many freedom fighters.

Captain Simpson was behind the hanging of 150 freedom fighters, including Jai Mangal Pandey and Nadir Ali Khan, in Chatra district on October 4, 1857. Pandey and Khan had led a movement against the British East India Company in Chatra where they killed 56 British Army soldiers, including few senior officials, Sachidanand said, adding the act had sparked feelings of fear in the British government.

“It is beyond my imagination as to why Simpson was given so much respect by naming a park after him,” Pandey said.

Captain Simpson was the deputy commissioner of the area and had ordered the construction of the pond. With the passage of time, the pond, which is opposite to the captain’s residence, was not properly maintained and lost its glory due to neglect. It had turned into a dumping spot and surrounded by illegal encroachment. In January 2019, Jadhav started a beautification project and renovated it into a park, which cost around Rs 1.5 crore.

The park was inaugurated jointly on Sunday night by three MLAs.

A view of the Captain Simpson park in Hazaribagh
Vishvendu Jaipuriar

Another row surrounded the inauguration after various legislators and political party leaders trained their guns at Jadhav for not inviting them for the opening.

Á day earlier, Barhi MLA Uma Shankar Akela had objected as to why two former MLAs, namely Manoj Kumar Yadav and Janki Prasad Yadav, were invited to the ceremony but not her and other sitting legislators.

“I was not invited as well as Amba Prasad of the Congress, who is the MLA from Barkagaon, which is highly objectionable,” he said, adding that it was in violation of the protocol and he will take up this issue in the Assembly.

On Wednesday, Congress legislator from Barkagaon Amba Prasad said the MLA fund can only be used in the area under the jurisdiction of the lawmaker concerned. “Then under what circumstances, the funds of two former MLAs were used in the construction of this park, which is not under their respective areas,” she asked.

Prasad added that if the BJP MLAs were so desperate to have a park here, they should pay money from their own pockets. She further announced to give Rs.1 lakh from her income as a legislator for the proper upkeep of the park.

Prasad and Akela are angry as they were not invited to the inauguration ceremony. However, Jadhav has maintained her side that those MLAs, who had donated funds for the construction of the park, were invited. Even two former MLAs were invited, who had also contributed to the development of the park before losing their seats in the December 2019 Assembly elections.

BJP MLA from Hazaribagh Sadar Manish Jaiswal lent his support to the administration, claiming that the MLAs who had contributed to the park’s construction were invited to the inauguration. “There was nothing wrong with it,” Jaiswal said.

He added that the park was a gift to the town, especially during the coronavirus pandemic. The Hazaribagh Sadar suggested that the Congress leaders should focus on why they failed badly in taking up relief work for the needy during the lockdown.

Controversy over inauguration of Simpson Park