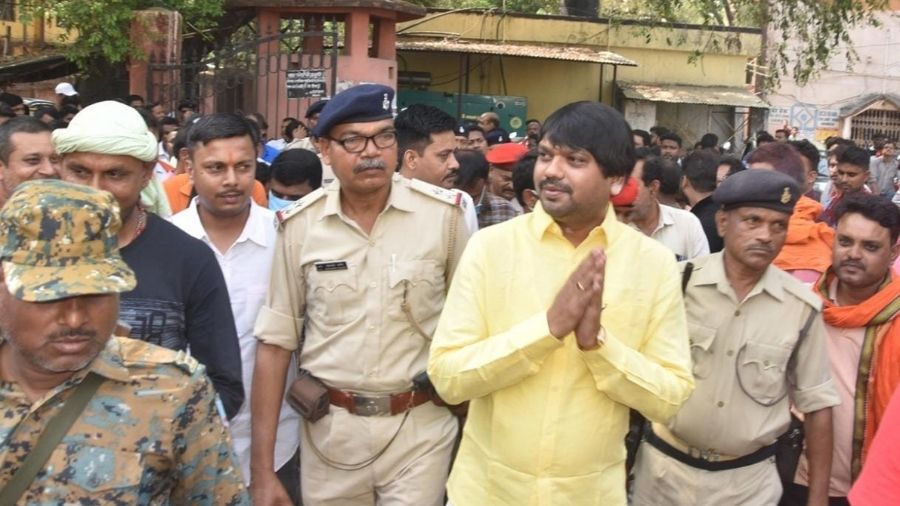 Former Jharia MLA Sanjeev Singh, lodged in Dhanbad jail for around five years in connection with the murder case of his own cousin brother and former deputy mayor Niraj Singh on March 2017, today appeared in the trial court of Dhanbad seeking temporary adjournment of the trial proceedings. The petition was filed by his lawyers in Supreme court demanding second crosss examination of the two key witnesses of the case including Eklavya Singh and Aditya Raj.

The court ,after hearing the plea of lawyer of Sanjeev Singh Md Javed, adjourned proceedings for 15 days.

Notably, Sanjeev Singh was arrested by Dhanbad police on April 11, 2017 and was charged as the main conspirator and is in jail since then along with 10 other charge sheeted persons including four shooters, Satish Singh,  Qurban Ali,  Sagar Singh alias Sibu and Aman Singh.

Notably, Niraj Singh, former Deputy Mayor of Dhanbad was shot dead at around 8 pm a few yards away from his house at Saraidhela area of Dhanbad on March 21, 2017  while he was returning back to his home from his office at Katras More in Jharia.

Eklavya Singh, younger brother of deceased Niraj Singh, and Abhijit Raj were presented before the court as two witnesses on January 28, 2019 and February 15, 2019 respectively.

The defense side however pleaded before the trial court for the second cross examination of the two witnesses again but the court rejected the appeal on December 22, last year.

The defense side however again appealed in Jharkhand high court against the trial court order which also rejected their appeal for cross examination of two witnesses, Aditya Raj and Eklavya Singh.

Though the trial court on its March 28 hearing fixed the date for clarification statement recording of the accused persons on April 5 but the defence meanwhile moved the supreme court seeking second cross examination of the two witnesses.

Talking to media, Md Javed said, "The court today provided 15 working days of adjournment in  the  case in view of a petition filed by us in supreme court demanding the cross examination of two witnesses Eklavya Singh and Aditya Raj."

Notably, altogether 37 witnesses including Aditya Raj and Eklavya Singh were presented before the court in the case.