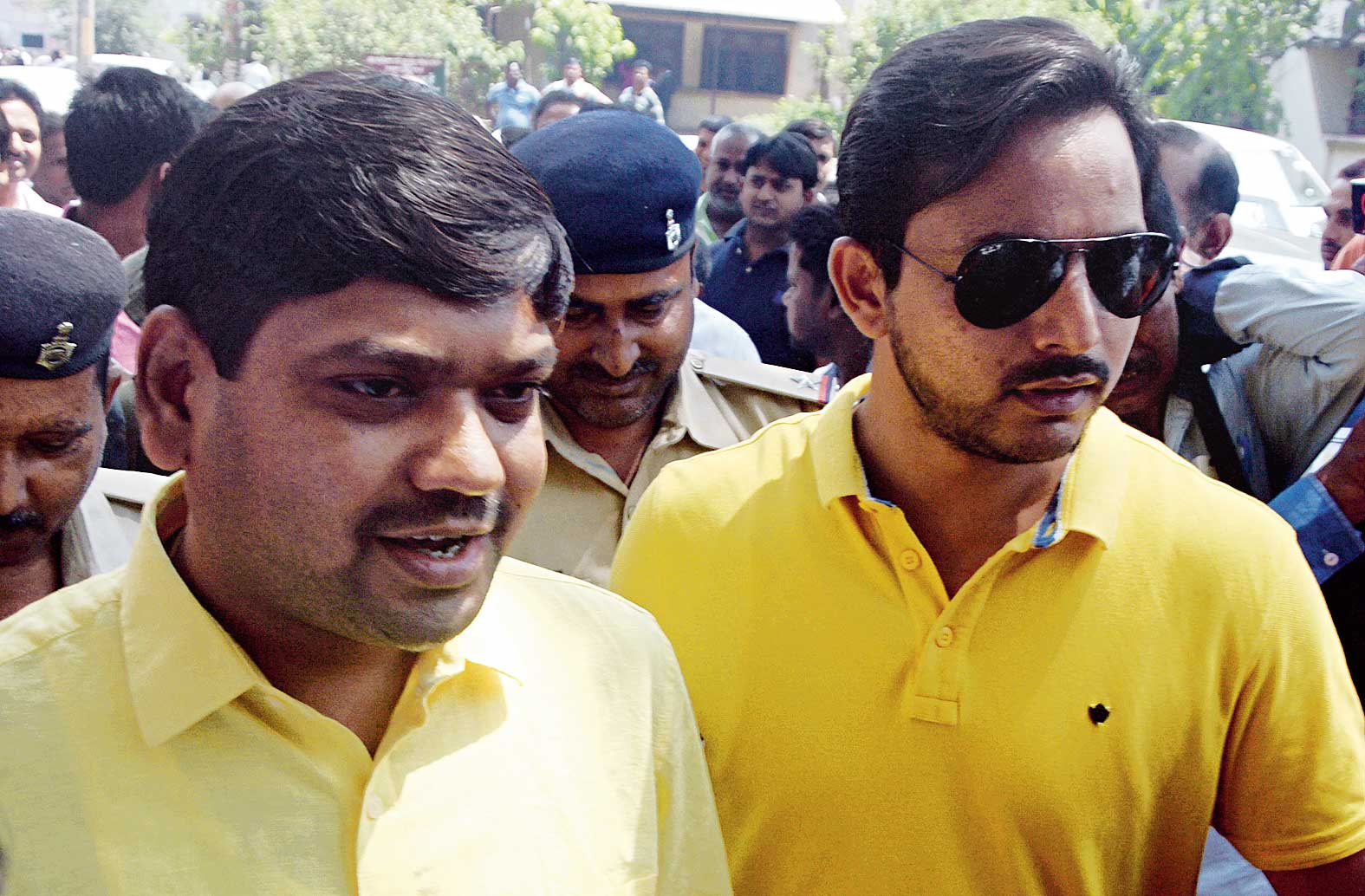 BJP’s Jharia MLA Sanjeev Singh, behind bars since April 11, 2017, in connection with the murder of his cousin and former deputy mayor Niraj Singh, on Thursday publicly promised to support the BJP candidate from Dhanbad Parliamentary constituency P.N. Singh.

MLA Singh’s statement assumes importance in the light of his younger brother Siddharth Gautam a.k.a. Manish Singh adamant on contesting elections from Dhanbad seat as an Independent against the sitting BJP MP.

Both Sanjeev Singh and P.N. Singh being Rajputs, the sitting MP’s supporters fear a split in Rajput votes if Siddharth contests from Dhanbad as a rival to the BJP candidate, arguably facing anti-incumbency while seeking re-election for the third term.

Both on his way to court and on his way back to the divisional jail, MLA Singh said he would fully back veteran P.N. Singh for being a senior, a guardian-like figure and a party colleague.

“He is like a guardian to me. I am bound to extend all support to him as I am an MLA of the BJP,” the Jharia MLA told mediapersons while returning from court to the divisional jail.

The MP also met the Jharia MLA in divisional jail on Tuesday to discuss poll-related issues.

Siddharth, also the joint general secretary of trade union Janta Mazdoor Sangh, however seems in no mood to help his brother or the sitting Dhanbad MP.

“I stand by my plan to contest Lok Sabha election from Dhanbad as an Independent. There is no rethinking of my plan,” he said. “Being an MLA of the BJP my brother (Sanjeev Singh) is not in a position to support me but that will not affect my poll plan,” added the youth who had in February organised a huge mass rally at Nehru Complex to showcase his popularity.