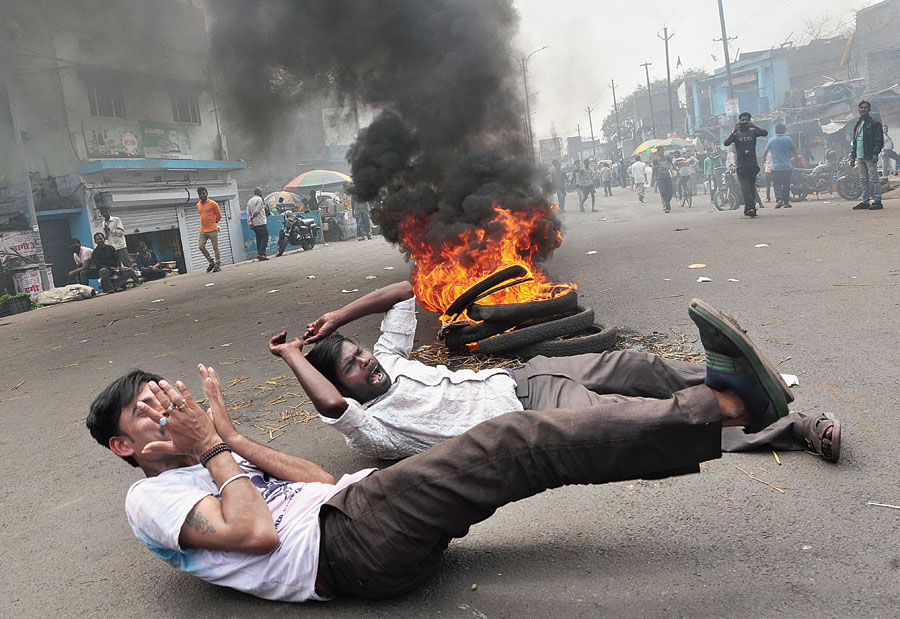 Politicians have engaged themselves in a blame game over the power crisis in DVC command area in the state at a time consumers are feeling helpless in the face of massive outages.

Reacting to remarks on the power issue made by the Congress on Thursday, the BJP on Friday blamed the current Hemant Soren government for creating the problem, while defending the earlier Raghubar Das government.

Federation of Jharkhand Chamber of Commerce and Industries (FJCCI), the apex trade body of the state, however, urged the chief minister to intervene immediately and help regularise power supply in those areas.

“The present government is responsible for the power crisis,” BJP spokesperson Pratul Nath Shahdeo said on Friday, adding that the ruling combine was trying to divert people’s attention by blaming the previous BJP-led government, which is an example of “bad politics”.

“There was a similar crisis in 2016 when Raghubar Das was the chief minister,” Shahdeo said, adding that a meeting was arranged in the presence of then Union power minister and the state government had made a one-time payment of Rs 4,500 crore to DVC.

“The payment included clearing of arrears during Soren’s earlier 14-month stint,” the BJP spokesperson said, adding that the Das government had paid Rs 100 crore to the DVC every month since then.

“After coming to power, the Soren government stopped all payments, including to the DVC,” he said, adding that the same government had now started paying contractors engaged in road and building construction but not to the DVC.

FJCCI has written a letter to Soren, urging him to intervene so that electricity consumers in the DVC command area covering the districts of Dhanbad, Bokaro, Ramgarh, Hazaribagh, Chatra, Giridih and Koderma get relief immediately.

“It’s unfair that genuine consumers are being made to suffer because of a tussle between the DVC and Jharkhand Bijli Vitran Nigam Limited (JBVNL),” said FJCCI president Kunal Ajmani, referring to the situation arising out of non-payment of dues amounting to Rs 4,995 crore to the DVC.

It is true that consumers are suffering for “regulated power supply”, imposed by the DVC after dues were not paid, as they get power supply from JBVNL.

“We don’t suffer, as we are consumers of DVC, not JBVNL,” said Hari Budhia, president of Association of DVC HT (high tension) Consumers that has about 100 members, all industrial units located in DVC command area, buying power directly from the DVC.

Not only domestic consumers but also trade and industrial units were suffering because of the present power crisis, it further said, adding that the situation would adversely affect revenue collection in the state. The trade body, however, did not blame the DVC for the present crisis, arguing “how long can DVC supply power on credit?”.