All the injured were taken to hospital for treatment 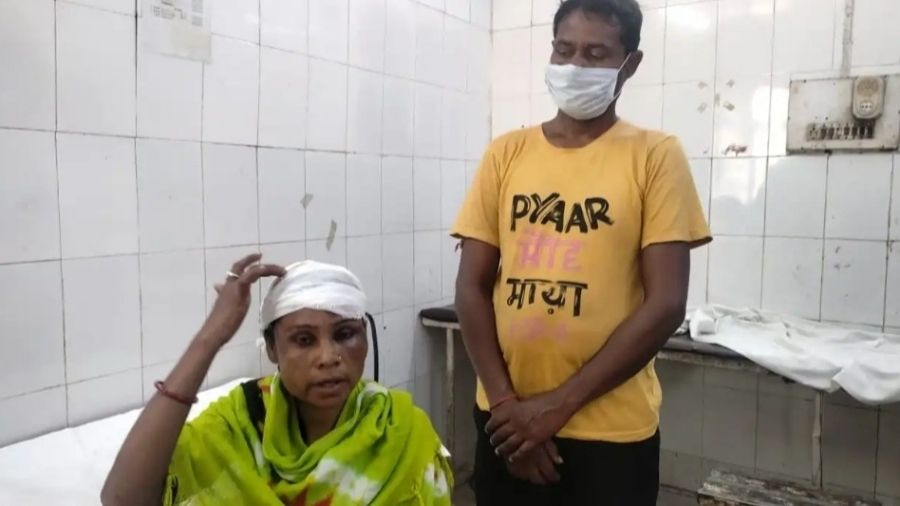 Five persons were injured, two of them seriously after they were attacked by separate groups of people in sequel to land disputes between themselves in and around the steel city during the past 24 hours.

While in one of the assaults, a 60-year-old man, Munshi Sardar, was injured on being shot at by unidentified assailants at Chakri village under Kowali thana area early on Sunday morning, in another incident four persons, including a 50-year-old woman were on being attacked by rivals at Zone No 6 in Birsanagar on Saturday night.

All the injured were taken to MGM medical college hospital where three of them were released after first-aid whereas two others, Munshi Sardar and the 50-year-old woman, identified as Parul Ray have been admitted for treatment.

Munshi Sardar was shot at while he was in deep slumber at his house at about 4 am on Sunday. He has sustained a pellet which is still stuck inside his shoulder.

In a statement to the police, Munshi has alleged that it was his niece, Panmuni Sardar, to have conspired the gunshot attack on him.

"The victim Munshi Sardar has a land dispute with his niece Pannuni. He has said as his niece had threatened him with dire consequences recently, she must have conspired the gunshot attack. We are probing into the case," said Amit Kumar Rabidas while talking to The Telegraph Online.

In another incident, a group of six persons swooped over the house of Parul Ray and injured four members of her family, including herself by hurling bricks.

The police said those attacked include Parul's nephew Chandi Bhuinya and the attack took place in sequel to a land dispute with her brother-in-law Kallu Ray.

"A case has been registered with the Birsanagar thana in connection to the assault. We will arrest the accused after completing the investigation," said Birsanagar thana OC, Tarun Kumar while talking to The Telegraph Online.