A week ago, Hemant directed all departments to review tenders and contracts finalised during the Das-led government 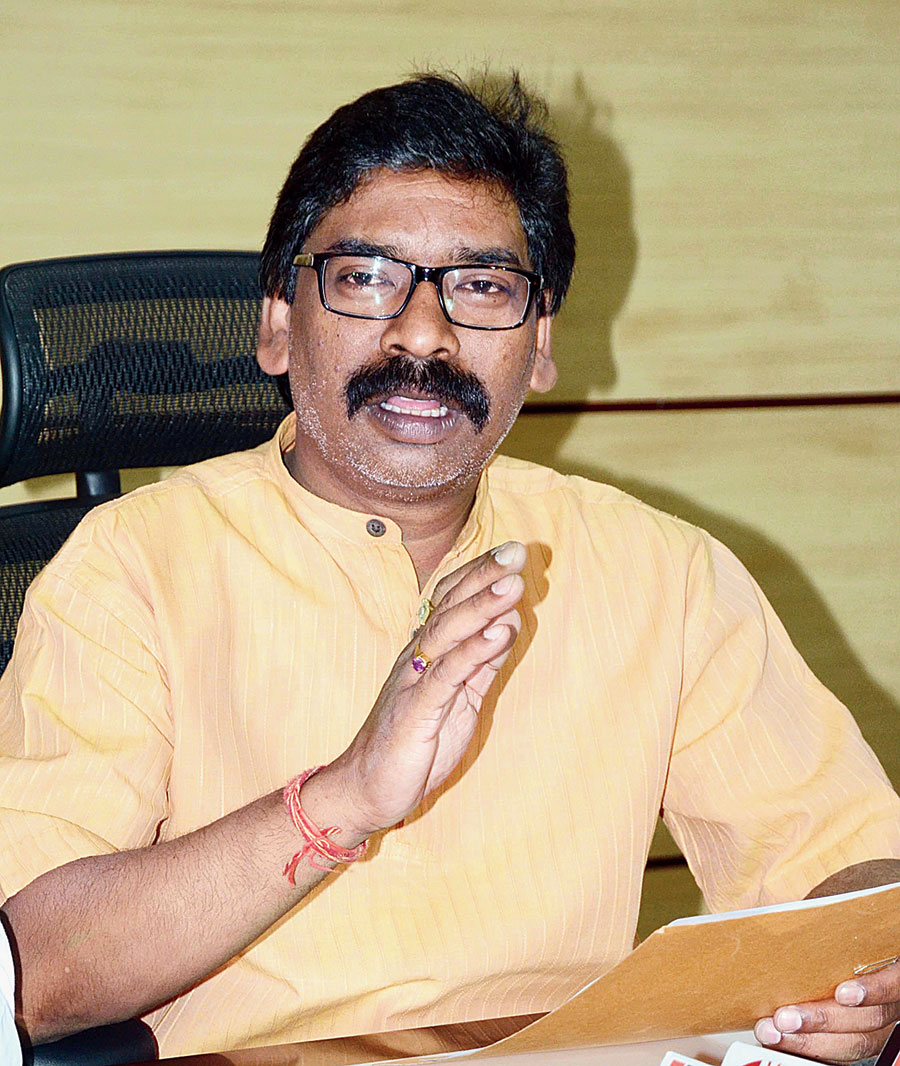 The state government is likely to issue a white paper on the economic condition of Jharkhand ahead of the budget session of the Assembly to be held in February-end, following chief minister Hemant Soren’s allegations that the previous Raghubar Das government’s poor fiscal management has emptied the state coffers.

A week ago, Hemant directed all departments to review tenders and contracts finalised during the BJP-led Das government.

On December 24 last year, a day after the JMM-Congress-RJD combine overthrew the Das government, state chief secretary D.K. Tiwari directed all departments not to issue any payment for any civil work till the new government was formed. More than a month later, the ban on funds release continues, affecting ongoing projects including the Ranchi Smart City, Kantatoli flyover and others in the capital.

A senior bureaucrat said contractors and companies had threatened to stop work if their bills were not cleared.

Highten Construction, building the library and teaching blocks at RIMS, Ranchi, recently told Jharkhand Construction Corporation that if the government did not clear their dues of Rs 11.60 crore, it would be tough for them to continue working.

“Even minor tenders worth a few lakhs finalised during previous government have been put on hold. There are only two months left in the fiscal year, but we are clueless on the government’s next move,” said the bureaucrat.

“Our chief aim is fiscal discipline and curbing of unnecessary expenditure. As far tender and contract orders of the previous government are concerned, we are inquiring if any excess estimate was made and transparency was maintained. Currently, we are busy drafting the budget and once the budget is placed you will know the action plan of the government. We will tell the truth about what the previous government did,” the minister told The Telegraph.

A source hinted that the flagship project of the previous government, the Mukhyamantri Krishi Ashirwad Yojana, would be dropped.

The BJP launched a counter-offensive, saying the Hemant government was making lame excuses to run away from its poll promises.

“They (the JMM-Congress-RJD combine) made tall promises. But now the chief minister is feeling helpless and is trying to fool people so that they stay mum. December to March is considered the peak time for a state’s revenue collection. But chief minister had no time for it, he was busy visiting Congress leaders in Delhi. You must recall they had claimed in the first cabinet meeting they will announce loan waiver scheme for farmers, but nothing of the sort was done,” said state BJP spokesperson Pratul Nath Shahdeo.

The BJP, he said, was shocked that the government had decided to withhold payments.

“Assembly election in Bihar is due this year and it seems that central leadership of the Congress has given a target to party ministers to raise funds for the party for the Bihar election. This is why tenders, contracts and ongoing work are on hold. CM has no control over its alliance partner,” Shahdeo alleged.