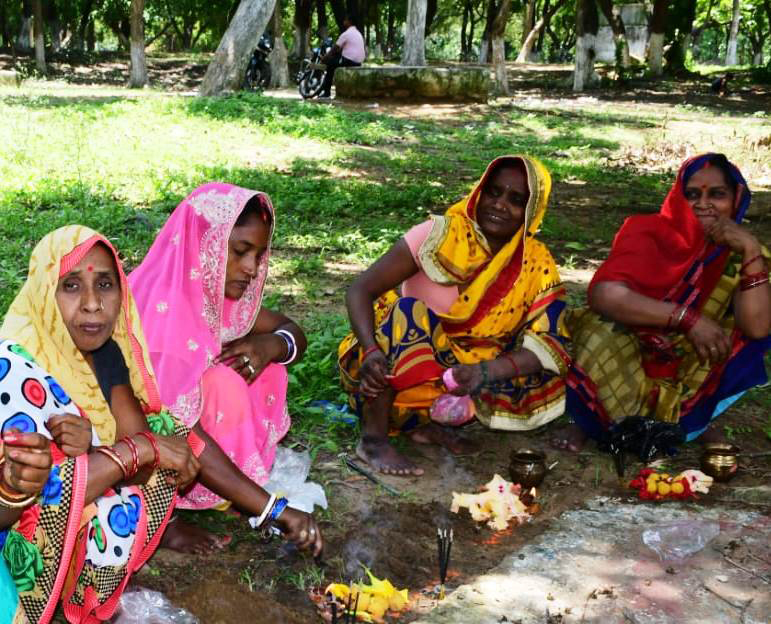 In several parts of Jharkhand, including Bokaro and Giridih, superstition has given birth to a new deity, “Corona mai”.

At a time when temples are closed in the wake of the pandemic, a group of women have dubbed the Covid-19 virus a goddess who must be placated and decided to pay obeisance through special puja.

These fears were allegedly fuelled in part by priests who suggested ways to offer puja.

The superstition, moreover, has affected rural and urban areas alike.

Women have been performing puja in small groups in the open. They dig a small hole in the ground and offer sweets, incense sticks, flowers, cloves and other items to the hole to please the deity.

All items are buried in the hole, as they believe the virus is thus buried underground and will not return to infect their families.

Chants of “jai Corona mai” and “Corona mata ki jai” echoed in some open fields. One such group of women was spotted at Rana Pratap Nagar in Chas township on Friday, as they believe that Friday is the best day for the puja.

Aarti Devi, a “devotee” at City Park, said, “By offering puja we can bury the virus in the ground. If the goddess blesses us, we will come to no harm.”

There were more than a dozen spots in Bokaro Township and in Giridih where women were spotted doing the rituals.

Moreover, there was no sign of social distancing or protection using masks.

In-charge of the infection control committee of Bokaro General Hospital (BGH), Dr Aninda Mandal, said, “Ignorance is bliss to the psychological stress of corona. But opinion is the medium between knowledge and ignorance. Nothing in the world is more dangerous than sincere ignorance and conscientious stupidity.”

Civil surgeon, Bokaro, Dr A K Pathak, said, “Such worship is pure superstition and residents should not be involved.”

An administrative officer said the guidelines issued by the government should be followed strictly.

He also stressed the importance of avoiding spreading such baseless rumours on social media.