The girl was abducted around 11.40pm on July 25 from Tatanagar station’s platform no. 2 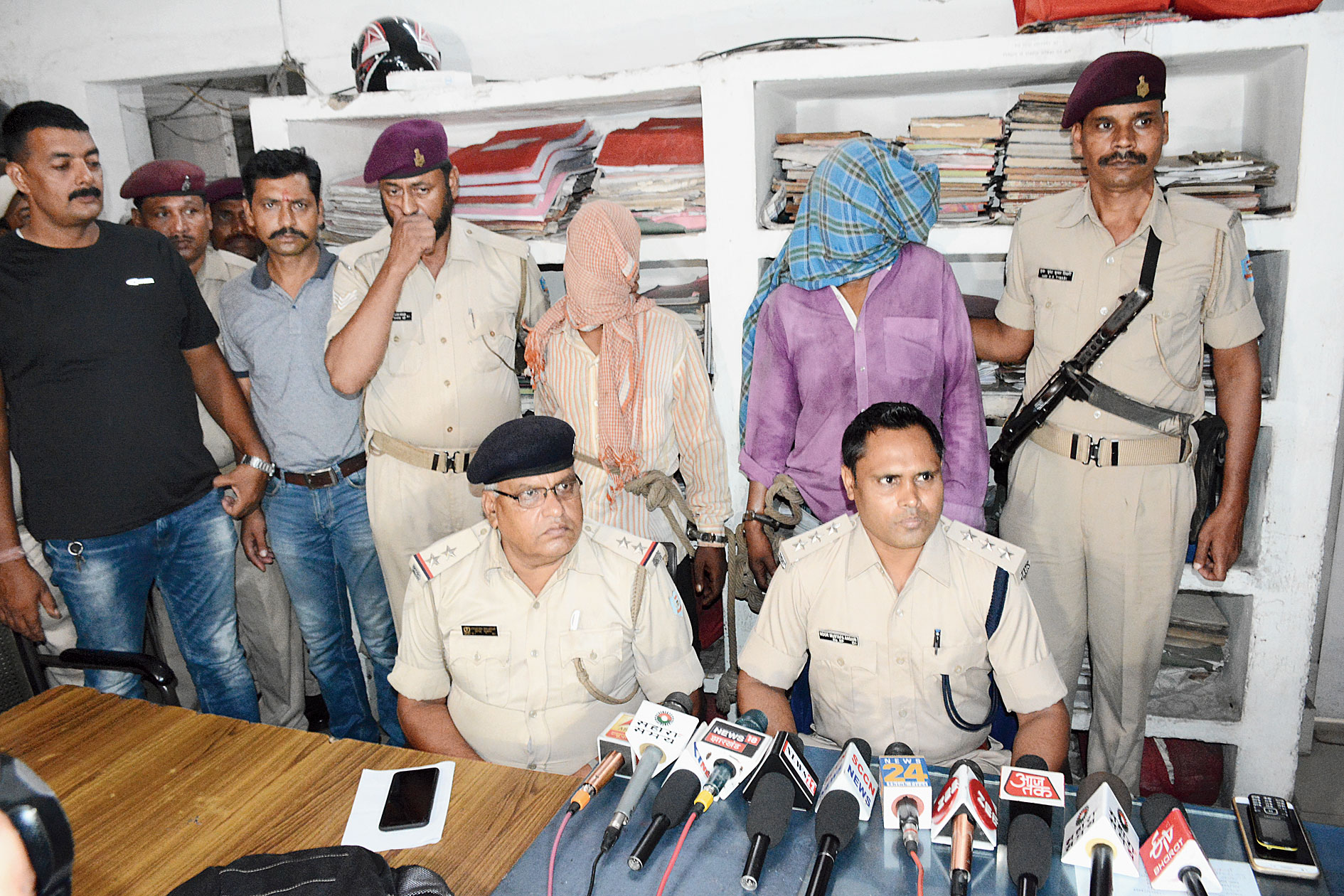 A three-year-old child was kidnapped from next to her mother, raped, strangled, beheaded and dumped in the bushes near a factory wall in a shocking case that the cops have cracked and arrested two men for.

The little girl was abducted around 11.40pm on July 25 from Tatanagar station’s platform number 2 while her mother, a resident of Purulia district in Bengal, was fast asleep, deputy superintendent of police (DSP), rail, Noor Mustafa Ansari told reporters at a news meet on Wednesday.

“The mother lodged a missing-person complaint with us on July 26 morning and accused her paramour Monu Mondal, a resident of Rajmahal in Sahebganj, of stealing her child along with his friends. The woman also said that Monu had cheated her by claiming his name as Mohammed Sheikh and promising to marry her,” said the DSP.

However, CCTV camera footage showed Mondal was also asleep near the mother when the culprits took away the child.

The police sent the kidnapping footage to all local police stations and also uploaded it on social media. DSP Ansari said the cops got a tip-off on Tuesday morning and arrested Rinku Sahu, a resident of Ramadin Bagan under Telco police station, from his house.

“After strict interrogation for hours he admitted to raping and killing the child and also named his accomplice as Kailash Kumar, a resident of Kasidih under Sakchi police station, who too was arrested yesterday (Tuesday) evening,” Ansari said.

Both Sahu and Kumar are in their late thirties.

Around 10pm on Tuesday, the railway police took the two accused to the spot where Sahu had said he had dumped the body.

“We found the headless body in the bushes near the ISWP fabrication yard boundary wall,” the DSP said. “Sahu claimed that on July 25 night he had taken the child near the water filter plant in Ramadin Bagan, where he had raped the child. When she started crying, he throttled her and beheaded her using a sharp-edged weapon. We are still interrogating the accused to find out the weapon used in the crime.”

The cops have still not found the child’s severed head despite deploying sniffer dogs.

DSP Ansari said Sahu had earlier been to jail for kidnapping a seven-year-old boy from Telco in 2015.

“Sahu has claimed that he used to hand over the stolen children to Kailash Kumar. He claimed to have stolen a 7-year-old boy for handing over to Kailash Kumar in 2015. However, he had to abort the plan after the boy fainted and they had to abandon the boy. Finally, he was arrested and was recently let out on bail,” added Ansari.

The cops have not been able to ascertain from Kumar what he used to do with the children.

“He is not answering our questions. We plan to take Kumar on remand for getting more information,” said Ansari.

Police sources said Sahu’s mother is a constable posted in Giridih district, and Kumar’s father is a CRPF jawan posted in Pulwama, Jammu and Kashmir. Sahu’s wife, the police sources said, deserted him more than a year ago. They have three children, including a 16-year-old daughter.

Police have lodged a case under sections 366, 372, 120B and 302 of the IPC and section 6 of the Pocso (Protection of Children from Sexual Offences) Act against the accused. Mondal has also been made an accused because he was arrested based on the same FIR lodged as per the mother’s complaint. Since Sahu has confessed, the charges against Mondal may be dropped later, police sources said.