As many as 18 premises across states, including Bihar and Bengal, searched in connection with money laundering probe into embezzlement of Rs 18.06cr from Khunti district 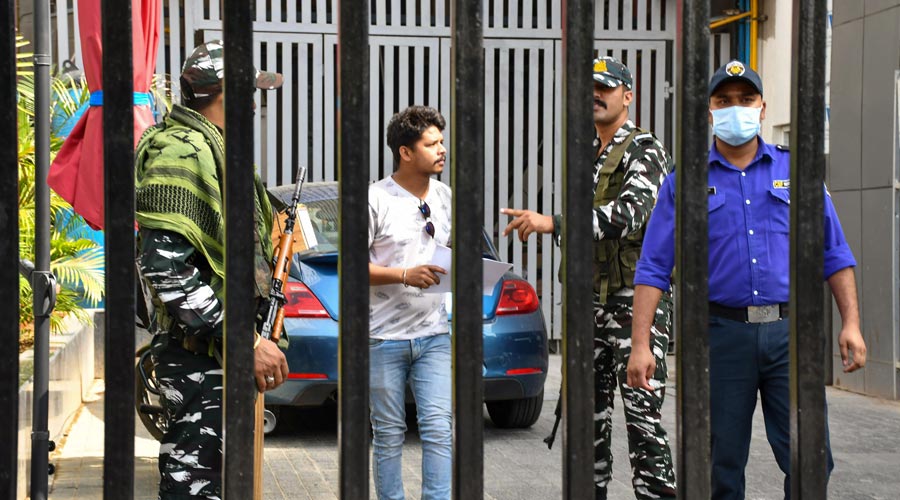 The ED on Thursday conducted raids at multiple premises, including that of Jharkhand mining secretary Pooja Singhal, in connection with a money laundering probe linked to alleged embezzlement of over Rs 18 crore MGNREGA funds in Khunti district of the state during 2008-11, officials said.

The searches are being carried out under provisions of the Prevention of Money Laundering Act (PMLA) at about 18 premises in Jharkhand, Bihar, West Bengal and a few other states  they said. Officials said the premises of the IAS officer and secretary of the department of mines and geology of Jharkhand government Singhal in state capital Ranchi were also being covered as part of the action.

Singhal is a 2000 batch Indian Administrative Service (IAS) officer and was posted as the deputy commissioner in Khunti district earlier.

In Ranchi, sources claimed that raids were being conducted at Pulse Hospital, owned by  Singhal's husband Abhishek Jha and her official residence, besides other locations in Doranda, Bariatu and Kanke Road. City police, however, remained tight-lipped. Senior SP S.K.Jha didn’t receive calls.

ED officials involved in the raid were provided a security escort by the personnel of the central paramilitary force CRPF.

BJP’s Godda MP Nishikant Dubey announced the raids early on Thursday morning  on his official twitter handle. He wrote: “One of the officials of Jharkhand government and Hemant Soren, who allot mine leases at throwaway prices and in violation of rules to CM, his brother and their aides has finally come under scanner. ED has begun raids against her, and her associates across 20 locations in Ranchi, Delhi, Mumbai, Rajasthan among others.”

Thursday's raids pertains to a money laundering case where former junior engineer in Jharkhand government, Ram Binod Prasad Sinha, was arrested on June 17, 2020 from the North 24 Parganas district of West Bengal by the Enforcement Directorate (ED) after it booked him under the PMLA.

The central  agency took cognisance of 16 FIRs and charge sheets filed by the Jharkhand vigilance bureau against Sinha that alleged the accused abused his official position and indulged in embezzlement of Rs 18.06 crore worth government funds by way of forgery and misappropriation of funds.

Sinha was booked by the vigilance bureau under criminal sections of the IPC pertaining to cheating and corruption for allegedly defrauding public money and investing the same in his own name as well as in the name of his family members while working as junior engineer from April 1, 2008 to March 21, 2011.

The ED also filed a charge sheet against Sinha in December, 2018 and a special court in Ranchi subsequently issued summons to him for appearance before it which he did not honour, the agency had said earlier.

The court then issued a non-bailable warrant against Sinha on the basis of which a manhunt was launched against him by the ED and he was arrested from his hideout in West Bengal.

A supplementary charge sheet was later filed against him by the agency in August, 2020 after his questioning.

"Accused Ram Binod Prasad Sinha used to regularly transfer government project funds to his personal accounts as well as in the account of his family members and thus generated illegitimate income out of his criminal misconduct while working as a public servant."

"It was found that movable and immovable properties have been acquired by the accused (Sinha) in his name as well as in the name of his family members," the ED had then said.

His assets worth Rs 4.28 crore were also attached by the ED.