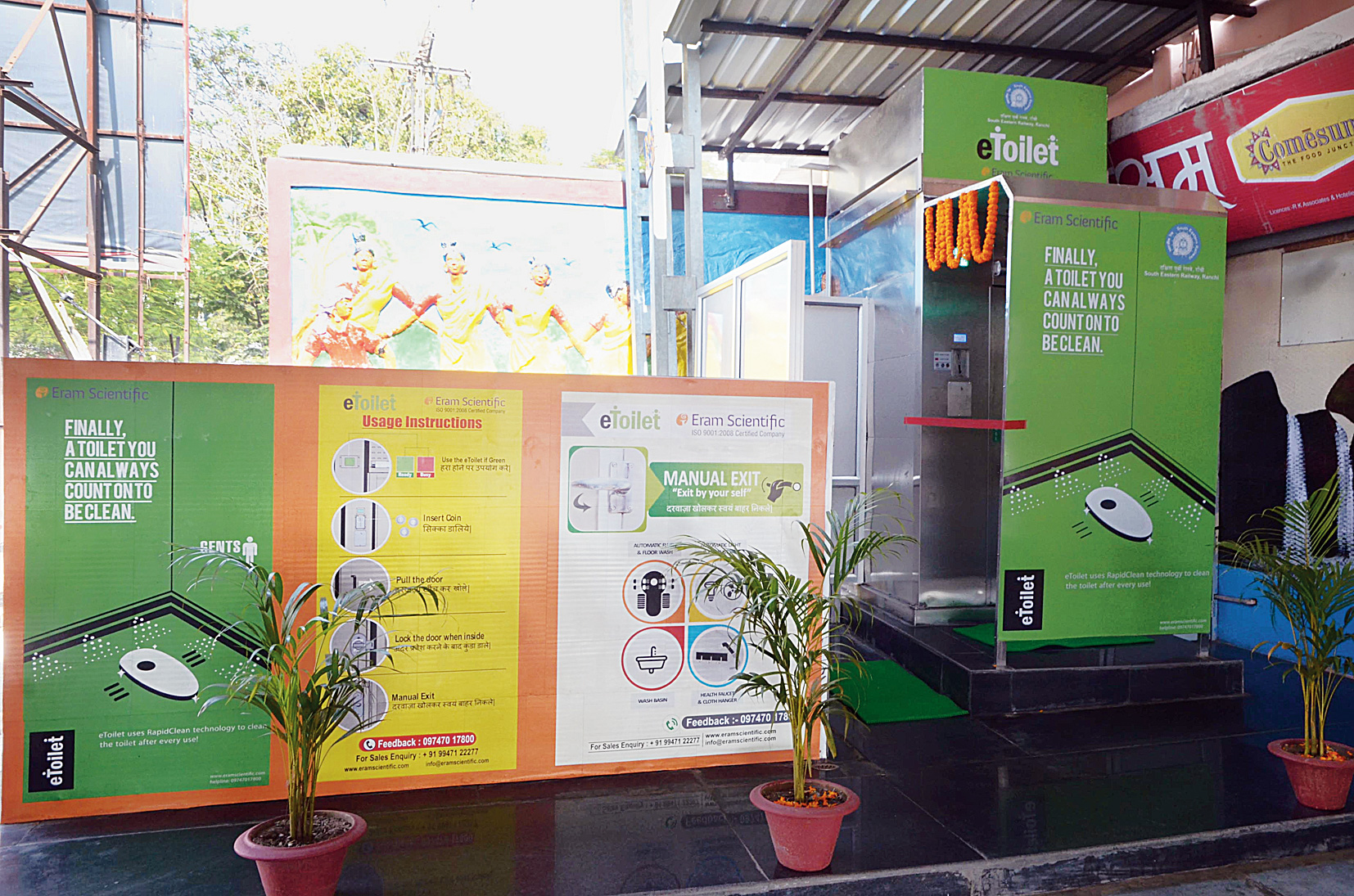 Ranchi on Saturday became the first railway station under the south eastern zone to launch a high-tech e-toilet worth Rs 7 lakh.

The unmanned electronic toilet was inaugurated on platform 1 by Ranchi BJP MP Ramtahal Choudhary in the presence of senior railway officials.

Made of cold-rolled steel, the toilet is based on sensor technology. Access to the loo is controlled by a door that opens after the insertion of a Rs 5 coin, which also switches on the light.

“This toilet doesn’t need manual cleaning. It is equipped with a mechanism that cleans the toilet automatically after every use,” senior divisional manager (operation) of Ranchi Niraj Kumar said.

Kumar said the toilet was fitted with an audio system that would give directions to users.

“In the south eastern zone, Ranchi is the first station to have this e-toilet, which is usually used in flights. The toilet consumes less water and electricity,” he added.

The loo is programmed to flush 1.5 litres of water after 3 minutes of use. It will flush 4.5 litres when used for a longer duration. “The e-toilet has a storage capacity of 235 litres for flushing,” Kumar added.

It can also be programmed to clean the floor after five of 10 uses.

Kumar said more e-toilets would be installed in Ranchi as well as Hatia railway stations in the coming days.