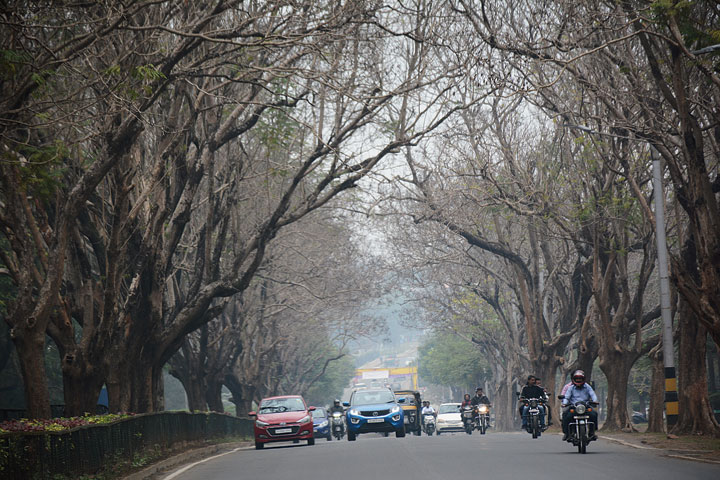 Light drizzle and an overcast sky replaced the dry and crisp westerly winds across the state on Thursday.

The Ranchi Meteorological Centre issued an alert of shallow to moderate fog during the next 48 hours over Jharkhand.

The Met forecast also suggested fall in night temperature by 3° to 4°C in the next 72 hours.

“Jharkhand is witnessing convergence of south-westerly and south-easterly winds. Such a weather phenomenon was resulting in heavy

He said the southerly wind was dominating over Jharkhand and that such a wind pattern was expected to continue for another 24 hours.

In Daltonganj, the minimum reading rose to 14.9°C, six points above normal.

In Bokaro, Dhanbad, Deoghar, Hazaribagh, Koderma, Simdega and several other districts, the minimum temperature witnessed a rise while the day temperature nosedived by several notches.

Weatherman also hinted at another western disturbance in west Rajasthan which is likely to impact Jharkhand's weather at the end of the month.

However, the Met scientists ruled out the return of cold-wave conditions for the next two weeks.