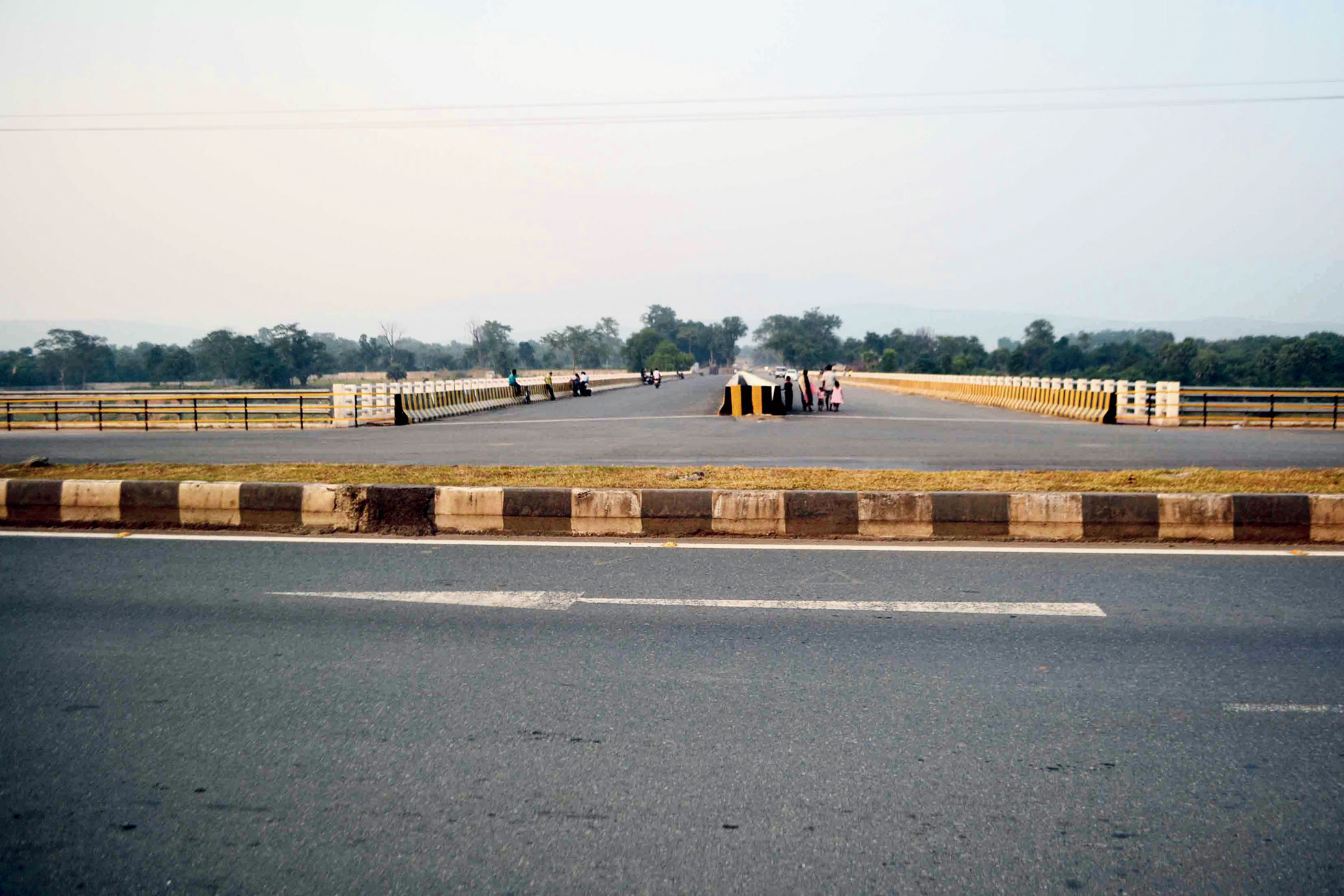 Domuhani bridge over Subernarekha river, connecting Sonari to Dobo in the adjoining Seraikela-Kharsawan, will be thrown open to public by December 31.

While the road construction department, Jamshedpur division, has already started building a roundabout on Marine Drive to facilitate smooth movement of vehicles, the department’s Seraikela division has sped up the pace of construction work on the approach road from Dobo to Kanderbera.

Executive engineer of road construction department, Jamshedpur division, Sanjay Kumar Singh said the roundabout was coming up about 100 metres away from Sonari-end of the bridge towards Domuhani.

“Calcutta-based construction firm M/s Royal Infratech, which has constructed the bridge, is also setting up the roundabout that is expected to be complete in a month,” said Singh.

He further said vehicles would be allowed to ply on Domuhani bridge by December-end after construction of the roundabout on Marine Drive and the approach road from Dobo to Kanderbera were complete.

Executive engineer of road construction department, Seraikela division, Dinesh Rajak said the work on the 7km approach road from Dobo to Kanderbera linking NH-33 was on in full swing.

“Out of 7km, work on the 3km approach road was already complete by March. Work had to then stalled due to land acquisition issues that have been finally been sorted,” added Rajak.

Being set up at a cost of Rs 41 crores, the 252-metre-long double-planked bridge will boast of a 8.5 metres wide carriageway and a 1.5 metres wide pathway.

The bridge can be used by heavy vehicles to reach industrial units in Adityapur and Gamharia from Jamshedpur via Marine Drive. This will not only free Jamshedpur roads of traffic snarls but also reduce the number of mishaps.