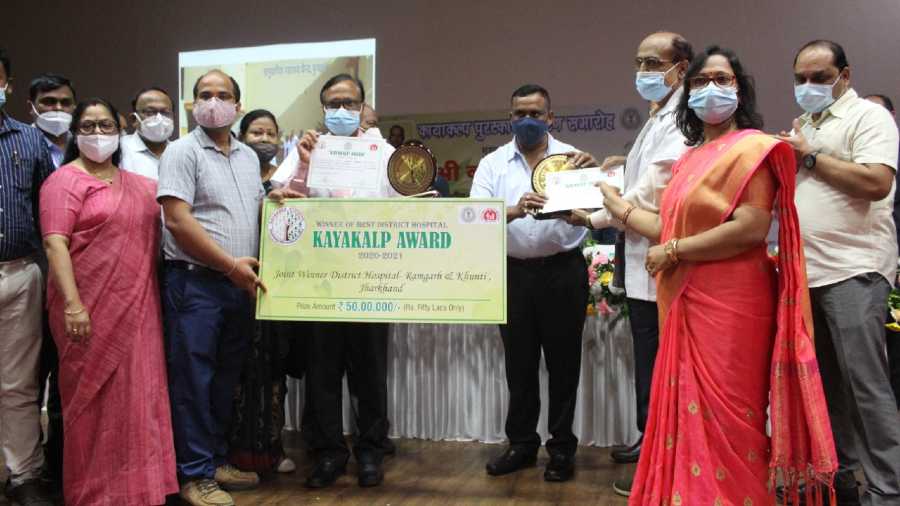 Health minister Banna Gupta on Thursday gave away Centre-funded Kayakalp awards to as many as 67 government-run healthcare facilities in Jharkhand for maintaining hygiene and cleanliness, and lauded the efforts of public hospitals in keeping their premises infection-free even when Covid-19 wreaked havoc upon the state.

Giving away the awards, Gupta urged public hospitals to keep striving for better facilities and hygiene in their campus to ensure that patients are not reluctant to be treated there.

“Hospitals should be sensitive not only towards the patients but also while handling their attendants. The environment at any public hospital should be welcoming so that patients do not have to think twice before getting admitted,” said Gupta, adding that hospitals have done a commendable job in treating Covid patients in Jharkhand at a time when the nature of the disease did not even allow family members of patients to come close to them.

Besides the three district hospitals, at least 32 Public Healthcare Centres (PHCs), 28 Health and Wellness Centres (HWCs), and four Community Health Centres (CHCs) were awarded with the Kayakalp award at the function at National Health Mission (NHM) campus in Ranchi on Thursday.

The winners were decided on the basis of an assessment by the State Award Nomination Committee, which only nominated hospitals that got more than 70 per cent positive rating from patients, attendants and others.

The Ministry of Health and Family Welfare launched the Kayakalp award scheme in June 2015 to encourage hygienic practices at public healthcare facilities as a part of the Centre’s Swachh Bharat Mission.