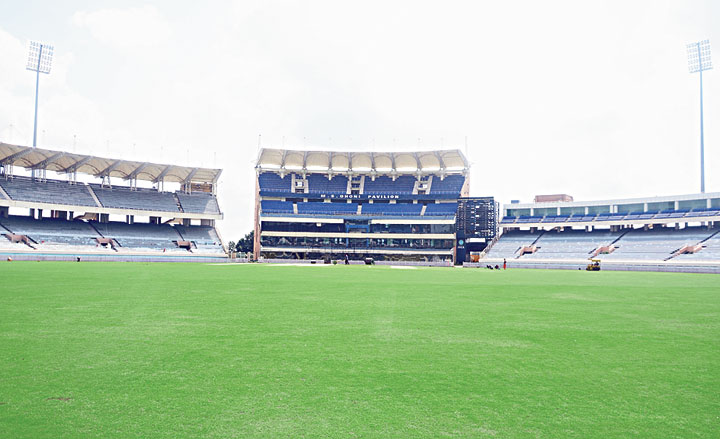 That is the the day Jharkhand State Cricket Association (JSCA) will start sale of tickets for the match, which begins on October 19.

“We have decided to have four counters for sale of tickets and one of these would be for women and differently abled people,” JSCA vice-president Ajay Nath Shahdeo told The Telegraph.

Oe more ticket counter would be set up if required, he added.

The JSCA stadium in the city can accommodate more than 39,000 spectators.

“We are not going to offer any concession for the ticket prices because the rates are quite reasonable,” Shahdeo said.

He pointed out that passes would be distributed for Indian Army, paramilitary and Jharkhand police personnel.

Also, passes would be given to those associated with cricket clubs and academies from across the state.

Shahdeo said special passes would also be issued for college students in case the institute authorities make a formal request.

The Indian and South African teams are to reach Ranchi on October 15 and the teams will stay in two different hotels.

The JSCA vice-president, however, didn’t reveal whether M.S. Dhoni, the local boy and one of the best wicketkeeper batsmen that India has produced, would watch the game or not as he has already retired from Test cricket.

“No comments,” Shahdeo said, when asked about Dhoni’s presence at the match.

Sources in the JSCA, however, revealed that Dhoni was expected to be present in the stadium during the course of the match and JSCA officials had already made a request to him in this regard.

“I have information that Dhoni has consented to watch the game,” a source in the JSCA said.