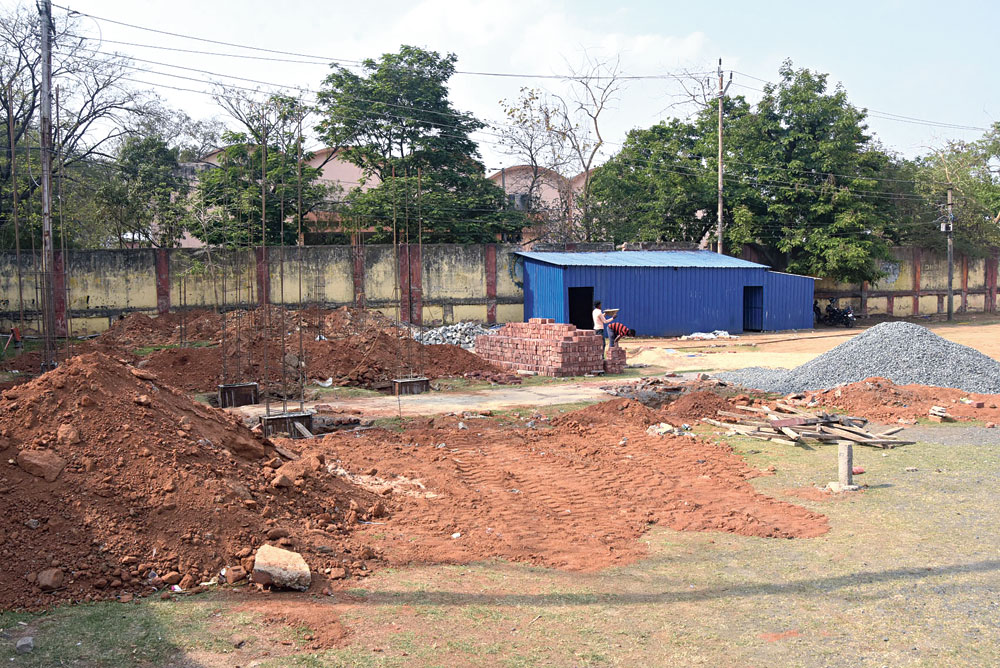 Fitness freaks, sports enthusiasts and nature lovers can now look forward to a new multi-sports complex at the colonial-era Golf Ground located in the heart of the coal town within 200m of newly beautified and renovated Bekar Bandh pond.

To be made in two phases, work on the first phase has started. Dhanbad Municipal Corporation, through its contractor Pratap & Developers, is levelling the ground and cutting soil across the ground 12 acres as part of the comprehensive multi-sports complex project.

Mayor Chandrashekhar Agarwal, who conceptualised this project, said, “In the first phase, we will develop a roller skating zone, a children’s playing area, an open gym, jogging tracks all around the ground, seats, tree plantation, lights and toilets. We hope to finish our first phase of work within six months at a cost of Rs 4.5 crore.”

He added that from the second phase onwards in August, work on a football stadium and basketball and lawn tennis courts would commence.

Dhanbad Municipal Corporation earlier in June last year prepared a detailed project report worth Rs 9.72 crore to develop the stadium but later revised and divided the plan into two phases, though the corpus of money stayed the same. While Rs 4.5 crore was earmarked for the first phase, Rs 5.22 crore would be spent on the second phase. The corporation is funding the entire project.

The real advantage of the project is its unbeatable location. Near the revamped pond and with a large open space, it is a stone’s throw from the posh Housing Colony, 50 metres from Luby Circular Road and 500 metres away from the Dhanbad SSP’s residence.

Used by the British to play golf, after Independence it was developed into a shooting range for the police and paramilitary in the late sixties and seventies. Shooting practice on the ground was stopped in late 70s as population in the vicinity increased and morning walkers and local footballers started using the space.

After Dhanbad SP Randhir Prasad Verma died on January 3, 1991, while trying to resist a bank robbery attempt, the district administration set up a boundary wall around the ground and christened it Randhir Prasad Verma stadium. Pavilions and seats were put up in 2001 from local area funds of then Dhanbad MP, Rita Verma, a professor and widow of SP Verma.

Local football tournaments such as the Randhir Prasad Verma Memorial Football Tournament were organised here but due to the uneven surface of the ground it could never be used as full-fledged football venue.

Managed hitherto by Dhanbad district administration, it also houses the offices of Dhanbad Cricket Association on rent. Fairs such as Disneyland, political meetings are also held on this ground.