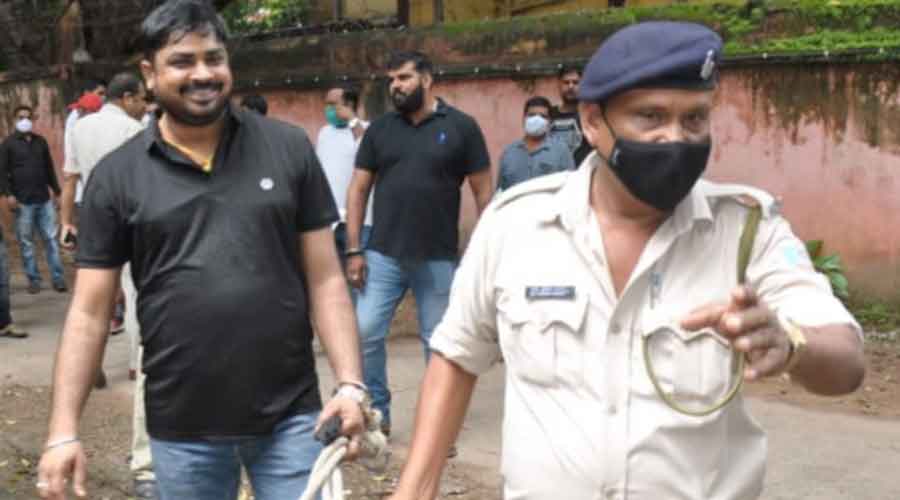 Satish’s murder took place on August 19, 2020. He was a close aide of Dhanbad MLA Raj Sinha.

Vikash was identified as the main conspirator in the murder and was evading arrest. Police had earlier searched several places including his house at Ambikapuram and also attached his properties. His bail application was rejected by the high court.

Vikash, a resident of Ambikapuram Colony of Dhanbad, is also the main accused in the murder case of owner of Bundela Travels Sudhir Singh on October 31, 2013.

Satish Singh, who was in real estate business and also used to deal with the private mine excavators working on behalf of BCCL, developed animosity with Vikash Singh and others in connection with money transaction due to which he was killed on August 19, 2020 in broad daylight at Vikash Nagar area of Matkuri when he was heading towards Vikash Nagar on foot after disembarking from a car.

CCTV footage obtained from the site revealed that two persons arrived on bike and the pillion driver shot him in his head from point blank range and fled from the site.

Police first arrested a driver of Putki Lalan Kumar Das on September 4, 2020 and later on his indication arrested four other persons on September 17, including three of Baliapur, Uttam Mahto, Baburaja Chandraprakash also known as Siddhant Singh, Gaur Rawani and Hrishikesh Paswan of Damodarpur.

The arrested persons later revealed to police that the murder of Satish Singh was carried out after a dispute over some money transaction between Satish Singh and Baburaja Chandraprakash also called Siddhant Singh and Vikash Singh played the role of key conspirator in the case.

Notably, Baburaja Chandraprakash and Uttam Mahto are also accused of the 36 kg gold loot and Rs 11 lakh case loot case of Muthoot Finance which took place in Asansol Benachatti Market on February 1, 2013 and the consignment was later recovered from the house of one Dasrath Mahto at Tundi.

The duo were on bail following the relief provided by the Bengal court.